The Best of Huntress and Power Girl: Justice Society of America #20 Review 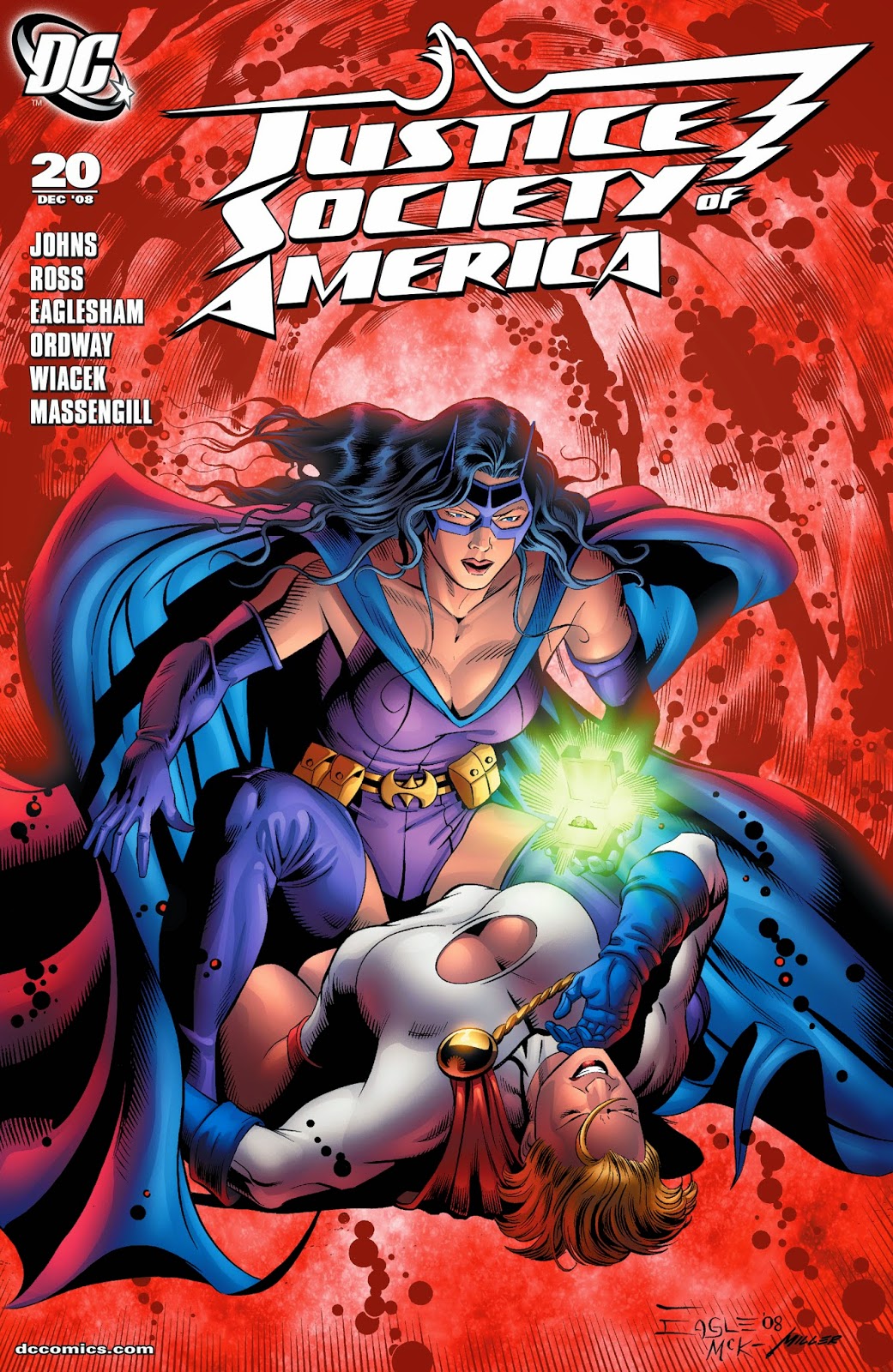 Summary: Having learnt that the Earth-2 she landed on and its subsequent inhabitants aren't the same ones she knew prior to the first Crisis many years ago, Power Girl seeks the only man she can think of who can help her get back home: the Earth-2 version of Michael Holt! (JSA #18)

On Earth-2, Michael Holt never became Mister Terrific like his mainstream counterpart and instead makes his living working as a physics professor at a university. His wife, Paula, is also still alive in this universe and pregnant with their first child. Power Girl tells Earth-2 Michael her life's story, namely that she was originally from Earth-2, then Crisis happened, got stranded on the main DCU Earth, and just when she thought she was finally back where she belongs, she was slapped with the reality that this Earth-2 wasn't her home and that she had been replaced. She thinks Michael doesn't believe her, but Michael tells her about his own miracle in the form of still having Paula in his life against all odds. He particularly talked about the terrible car accident Paula was in years ago that left her in a coma for three months, and feeling disillusioned by neurologists' inability to help. At one point he contemplated suicide until he caught another man about to do the same thing, and stopped him from completing the act. He took that man to a church and that man had prayed for him that night. The following day, Paul had woken up, and since then, Michael believed in anything. He therefore decides to help Power Girl. (JSA #19)

The Best of The Huntress: Batman Family #17 Review 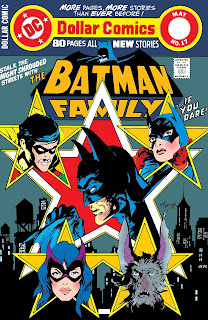 Summary: The issue opens up with Batman reading about a missing actress in the local newspaper and decides to investigate. Batman notices that she is not the first celebrity to disappear but is the first to be assumed to be a victim of a crime. Along the way, Batman encounters a disfigured woman whom he mistakes for the missing actress he read about in the newspaper. During his interaction with her, he notices that she is remarkably strong and that his hitting her has no effect on her whatsoever. A man with his face concealed eventually shows up to take the woman. Batman wants to see his face to know who he's talking to, but the man declines his request stating that he prefers to conceal is own disfigurement. 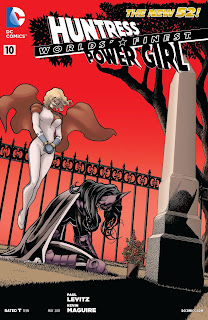 WORLDS' FINEST #10
Written by PAUL LEVITZ
Art by KEVIN MAGUIRE
Cover by KEVIN MAGUIRE
After being attacked by a group connected to the missing Mr. Terrific, Power Girl and Huntress take the fight to Holt Industries, where they make a shocking discovery.
MARCH 06 | RATED T | $2.99 | PRINT | DIGITAL