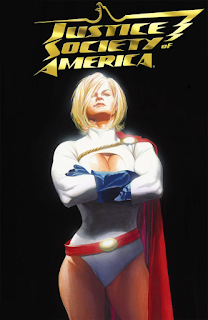 The much anticipated Supergirl television series made its smashing debut this week to sky-high ratings in both the United States and Canada. It also garnered a whopping 500K viewers in the United Kingdom when it debuted on the satellite/cable network Sky One this past Thursday.

This is tremendous success for one of DC Comics' iconic heroines that had everyone talking all week, including at my workplace and at various other public spaces that aren't typically fronted by comic book nerds like myself. The fact that Supergirl resulted in the highest rated show of the fall season led iTunes to offer the pilot episode for free download in the US, and a massive Supergirl digital comics sale on Comixology that ends on Monday. 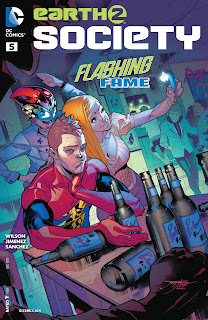 EARTH-2 SOCIETY #5
Written by DANIEL H. WILSON
Art by JORGE JIMÉNEZ
Cover by JORGE JIMÉNEZ
As the hunt for the traitor who stalks Earth-2 comes to a close, the Fastest Man Alive may not be quick enough to escape his fate on this new world!
OCTOBER 14 | RATED T | $2.99 | PRINT | DIGITAL