Doomsday Clock #5: The Road To Finding The Justice Society Finally Begins? Spoilers Ahead! 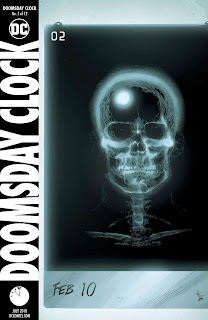 I find it a bit ironic that just four days after I expressed concern about the lack of progress on the Justice Society's return in Rebirth, lo and behold, Doomsday Clock #5 starts to pick up pace on that front. And because I can't talk about what happens in this week's issue without spoiling the big reveal, insert spoiler alert here, come back to this post after you've read the issue. If you don't care about being spoiled, proceed.

So You Like The Bronze Age BatCat Marriage, But How Do You Feel About The Rebirth Marriage? 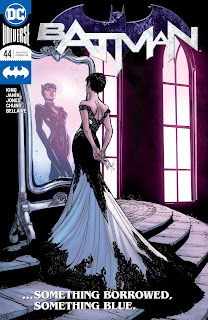 Friends have been asking me to share my thoughts on the upcoming Rebirth marriage for quite some time now, but I have to admit this was not an easy post for me to write. The fact that this is my tenth draft on this topic should speak to my ambivalence about DC's decision to revisit an idea that was canon 40 years ago for a new generation of Batman and Catwoman fans. 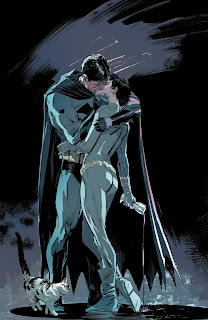 Yesterday was the anniversary of DC Universe Rebirth #1, which marked the second year anniversary of the Rebirth initiative. Admittedly, I'm feeling a bit underwhelmed by the lack of progress on anything Justice Society related apart from certain members like Michael Holt, Kent Nelson, Carter Hall, and Kendra Saunders resurfacing within the last year. 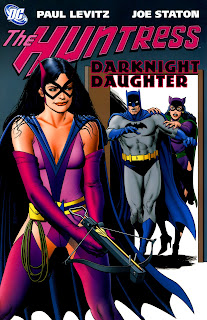 This final part of the original BatCat marriage discussion admittedly took longer to complete than I anticipated as there was more material to cover in this final post than in the first three posts. The bigger challenge was being able to condense all of the major developments of the Golden Age Batman and Catwoman legacy during the Bronze Age into one single post. This is also the reason this post took longer to see publication.