The Best of the Huntress: Wonder Woman #317 Review 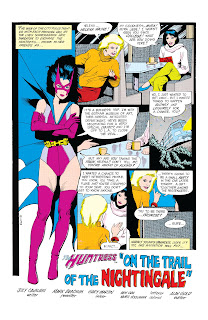 Summary: Helena Wayne has had an exhausting couple of weeks and decides to go on holiday in California. Rather than take an aeroplane to arrive at her destination in a shorter timeframe, Helena decides that a trip from coast to coast should happen slowly and more leisurely.

En route, Helena reunites with an old friend from college who also happens to be travelling to the west coast to finalise the procurement of an ancient Japanese statue. It turns out Helena’s friend isn’t the only person on the train interested in procuring the Japanese relic. Someone else aboard that same train wants it as well, leading to a mysterious murder inside one of the train’s compartments!

This December, Something Wicked This Way Comes...To The DC Multiverse! 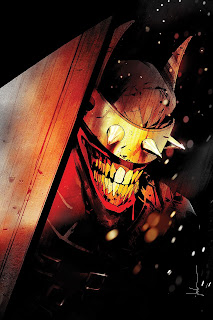 It is now three days after Halloween, and literally just a day after the anniversary of Helena Wayne's historic debut as the Huntress in All-Star Comics #69 on 02 November 1977. A story Mark and I happily covered for both the Halloween season and her anniversary on the same week.

We now get to talk about another story of a more ghoulish nature for the upcoming Holiday season. An upcoming sequel of sorts to the epic multiversal adventure, Dark Nights Metal, that not only follows up on Bruce Wayne's journey to the Dark Multiverse, but reacquaints him with the normal DC Multiverse. The upcoming Batman Who Laughs miniseries by Metal writer Scott Snyder and his Wytches and Batman collaborator, Jock.