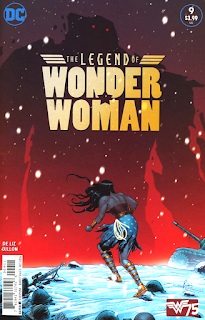 Summary: The Titan has awoken and Diana must race against the clock to stop it from wreaking the deadly havoc she heard about in the stories of Themyscira. The Allied airforce pilots do their best to keep the Titan at bay, but their weapons are no match for the powerful giant.

Writer Dan Abnett Talks About the Future of Earth-2 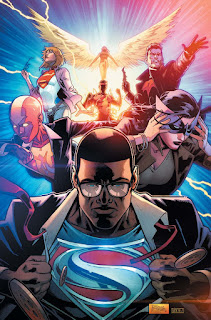 Yesterday, writer Dan Abnett gave an interview with Newsarama discussing his current story arc for Earth-2: Society and the future of the series. From what I can gather, Earth-2: Society will not lead to the Justice Society's Rebirth, and I think it's safe to say that unless DC changes their mind at the last minute, the Earth-2 characters will remain a separate entity from the Prime Earth Justice Society. 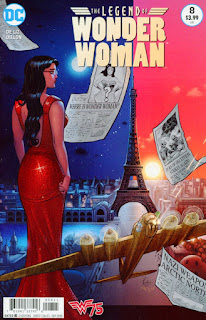 Summary: Having lost her powers to Zeus following her fight with the Duke of Deception, Diana must now find a new purpose again. Accompanying Etta Candy and Steve Trevor to the Paris Opera House for a Holliday Girls performance, Diana decides to assist with their show, even allowing a 10-year-old Alfred Pennyworth to assist her. After the show, Steve and the other Allied pilots are called to initiate an attack against the Axis powers and seize a new atomic weapon in their possession known as 'the Titan.' Diana knows that if the Titan awakens, Steve and the rest of the Allied pilots' lives will be in danger.

Deciding not to leave anything to chance, Diana takes matters into her own hands by 'commandeering' the only plane available for her to fly. Using the skills and knowledge she acquired from Steve about aviation, Diana takes an experimental plane on its first flight, and together with the Holliday College girls, she goes to the aid of the allied forces. Once there, Diana finds the Duke of Deception one step closer to reviving the Titan by completing its heart with the Baelytus. Without the power of the gods to assist her in her mission, can Diana still be Wonder Woman and prevent the Duke of Deception from ending the world at the completion of a Titan's heart? 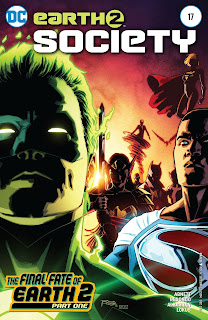 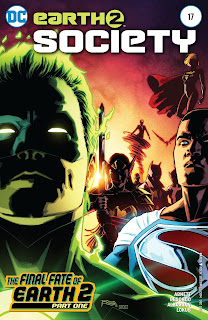 EARTH-2 SOCIETY #17
Written by DAN ABNETT
Art by BRUNO REDONDO
Cover by BRUNO REDONDO
Earth-2 is dead! Following the climactic battle with Ultra-Humanite and his super-powered army, a handful of the Wonders awaken in a twilight limbo. Are they the only ones to have survived? Has their desperate gambit to save their world ended in total disaster?
OCTOBER 12 | RATED T | $2.99 | PRINT | DIGITAL 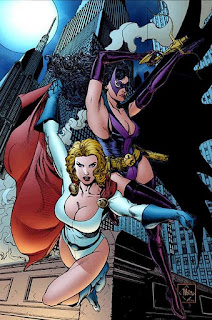 Today is the 5th anniversary of Huntress #1 from 2011, which reintroduced Helena Wayne back into mainstream continuity. Her reintroduction even led to the reintroduction of Earth-2 and the Justice Society for the New 52. While it's been nice to see the character re-acknowledged as a canonical character by DC Comics once again, her narrative, unfortunately, is still not where it is supposed to be. In fact, she's still too far removed from the Batman legacy character she's meant to exist as--a situation not helped by DC's obsession with wanting multiple "legacy Batmen" who are not legitimate successors to the cowl.

The Best of the Huntress: Wonder Woman #296 Review 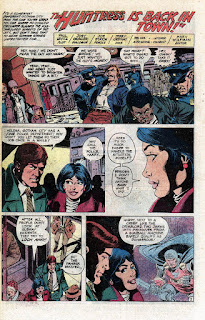 Summary: Some time has passed since the Huntress' deadly confrontation with the Crime Lord and has more or less resumed her life. She's back with her boyfriend, Harry Sims, and has decided to take 'time off' from work, presumably to recuperate from that aforementioned confrontation.