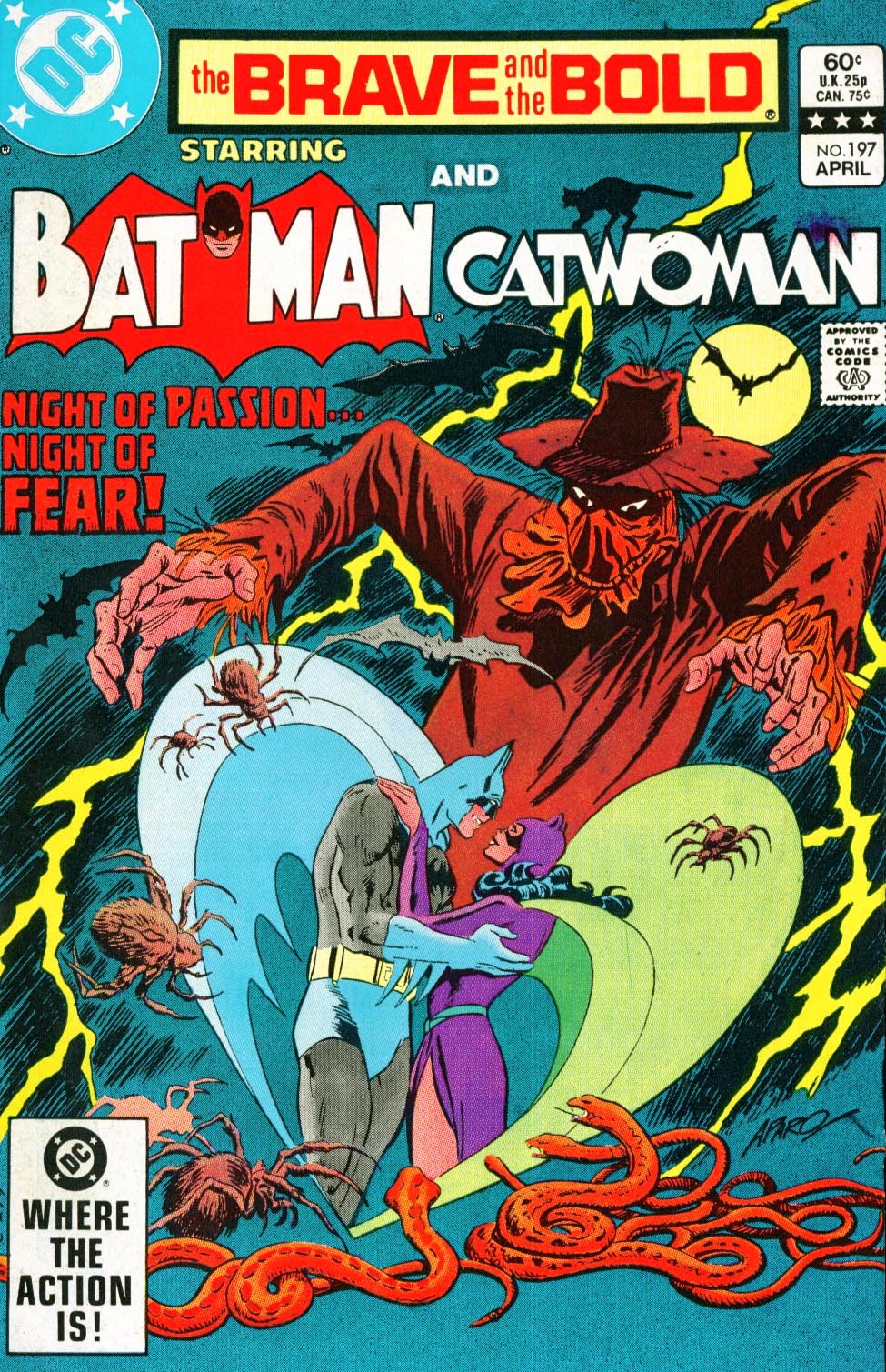 Summary: The story begins with an elderly Bruce Wayne sitting behind a typewriter reflecting on his early career as Batman, his adventures with his friends in the Justice Society, and his guardianship of Dick Grayson. He states that all of these individuals have been very important people in his life, but admits that the person who changed his life the most was his one-time adversary and later wife: Selina Kyle, the Catwoman. Bruce then takes us to the moment in his life that forever redefined his life's meaning. 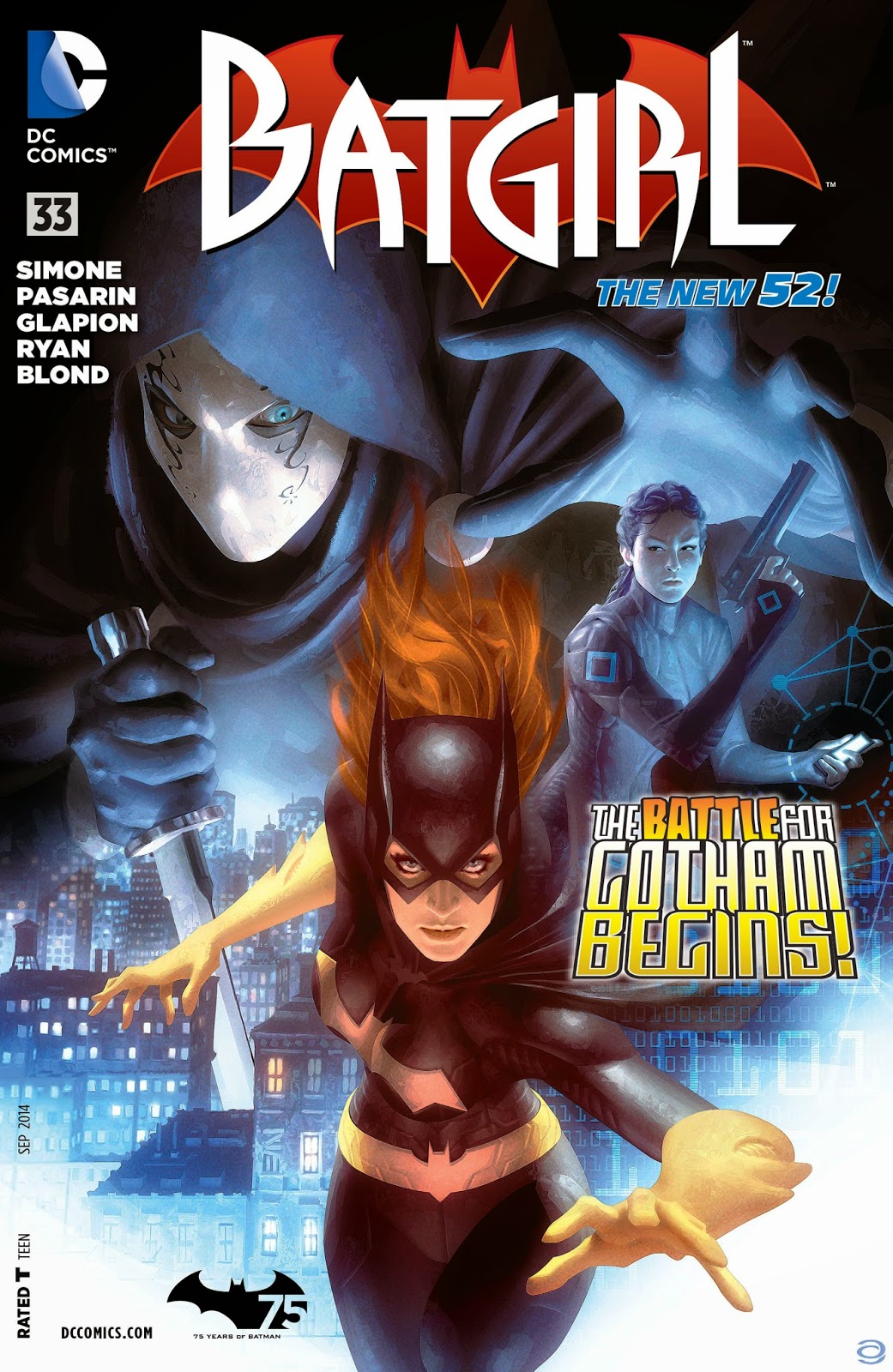 Summary: Batgirl #32 saw the protagonist, Barbara Gordon, on the edge of her limits as a superhero after her arch nemesis, Charise Carnes (aka Knightfall), returned to Gotham bigger, badder, and more powerful than ever before. While Charise essentially shares the same goals as Barbara in that she wants to look out for Gotham's best interests, she also has an extreme and ultimately totalitarian idea of justice comparable to that of a dictator. Barbara is especially weary of her persistent use of violence as a way of getting her message across. The final straw for her was the amputating of Ricky Gutierrez' brother's hand to force the former into dropping his lawsuit against Barbara's father, James Gordon, for a shooting incident involving the GCPD.

Knowing that she has to take things a step further if she is to take down Charise once and for all, Barbara recruits the help of her oldest and closet friend, Dinah Drake-Lance, who operates as Black Canary and the current leader of the Birds of Prey. Barbara fills her in on her case with Knightfall, and Dinah feels that she is embarking on a suicide mission, but agrees to help her out regardless. At the end of this conversation, they gain the support of one more individual, Helena Wayne, who chanced upon their meeting in one of her rare visits to Gotham. 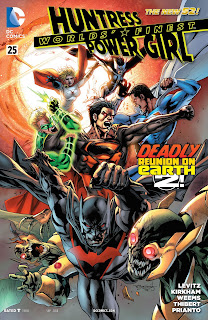 WORLDS' FINEST #25
Written by PAUL LEVITZ
Art by TYLER KIRKHAM
Cover by STEPHEN SEGOVIA
Power Girl and Huntress return to the ruins of Earth 2, but they question whether their trip was worth the effort as they discover the state of their former home and friends.
JULY 09 | RATED T | $2.99 | PRINT | DIGITAL 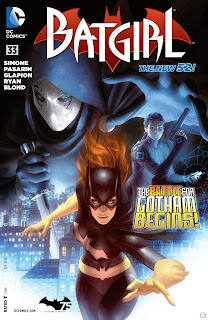 BATGIRL #33
Written by GAIL SIMONE
Art by FERNANDO PASARIN
Cover by ALEX GARNER
The deadline for all criminals to leave the area is fast approaching, and anyone left will be killed on sight. Knightfall lays down the law, but Batgirl has a plan of her own.
JULY 09 | RATED T | $2.99 | PRINT | DIGITAL

NOTE: This issue is part of the Batgirl: Deadline storyline (Batgirl #27-34). 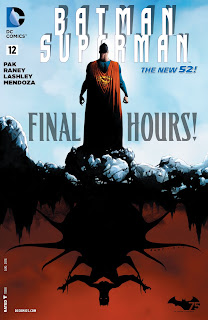 BATMAN/SUPERMAN #12
Written by GREG PAK
Art by TOM RANEY & KEN LASHLEY
Cover by JAE LEE
A new arc begins following the events of “FIRST CONTACT.” The worlds of Batman and Superman come to an explosive clash as something terrible happens to the World’s Finest team, and a Dark Knight who is not quite himself must team up with Lois Lane to find a missing Man of Steel. Meanwhile, Selina Kyle encounters a person of amazing strength who has no idea who he is.
JULY 02 | RATED T | $3.99 | PRINT | DIGITAL