Who Is The Huntress? 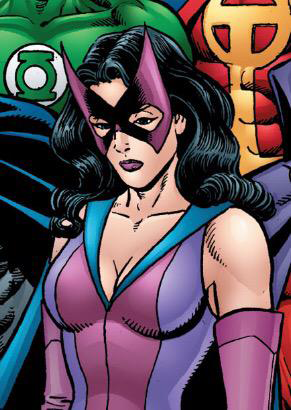 Helena Wayne made her comics debut in 1977 in both DC Super-Stars #17 and All-Star Comics #69. She was created as the adult daughter of the Golden Age Batman and Catwoman, who resided on the parallel universe of Earth-2, which was also home to DC's first superhero team, the Justice Society. For most of her childhood, Helena Wayne had a normal upbringing, a situation that was facilitated by her parents' retirement from their costumed identities. As a young woman, Helena graduated from Harvard University with a Juris Doctorate, and pursued an ambitious career in law. Following the death of her mother in the hands of a former henchman, Helena became the Huntress to catch her mother's killer. She continued to fight crime as the Huntress, eventually joining the Justice Society and befriending the Kryptonian Power Girl, who would be her frequent partner on missions. 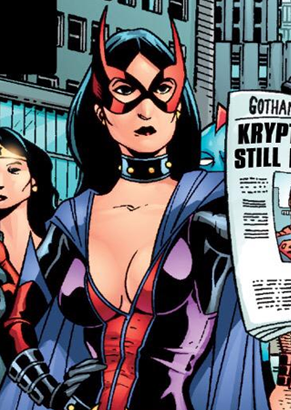 Following the events of Crisis on Infinite Earths--which destroyed the multiverse and streamlined continuity to a single Earth--the Huntress was given a new origin as the Italian-American Helena Bertinelli in 1989. It wasn't until Infinite Crisis in 2006 (which served as a sequel to the first Crisis) that Helena Wayne was re-acknowledged as the Huntress, and treated as a separate character from the Helena Bertinelli Huntress. The events of Infinite Crisis led to the creation of a new multiverse, including a new Earth-2 that largely resembled the Bronze Age original. On this new Earth-2, Helena Wayne was still the daughter of Batman and Catwoman, but with a few subtle differences from the original character. In contrast with the Bronze Age counterpart who was warm, optimistic, and hopeful, the modern Helena Wayne was more withdrawn, jaded, and brooding. 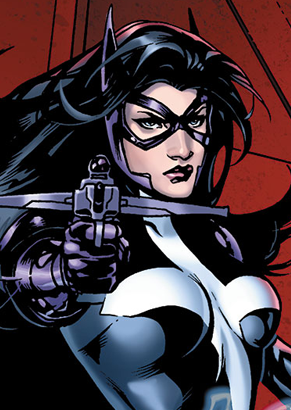 After Flashpoint rebooted the DC Universe again for the first time since Crisis on Infinite Earths, a new multiverse was once again created, along with a new Earth-2 that was a radical departure from previous incarnations. Whereas the previous versions of Earth-2 functioned as the home of the Justice Society and other heroes of the Golden Age, the New 52 Earth-2 instead functioned as an alternate Earth with alternate versions of mainstream universe characters. On this version of Earth-2, Batman still married Catwoman, but this time, Helena started her crime-fighting career very young as Robin. It was not until the death of her parents during the Apokolips war, and her subsequent exile to the mainstream universe that Helena became the Huntress. She eventually returned to her source Earth after five years, only to be forced to leave it again following its complete annihilation by Apokolips.