The Best of the Huntress: Batman Family #20 Review 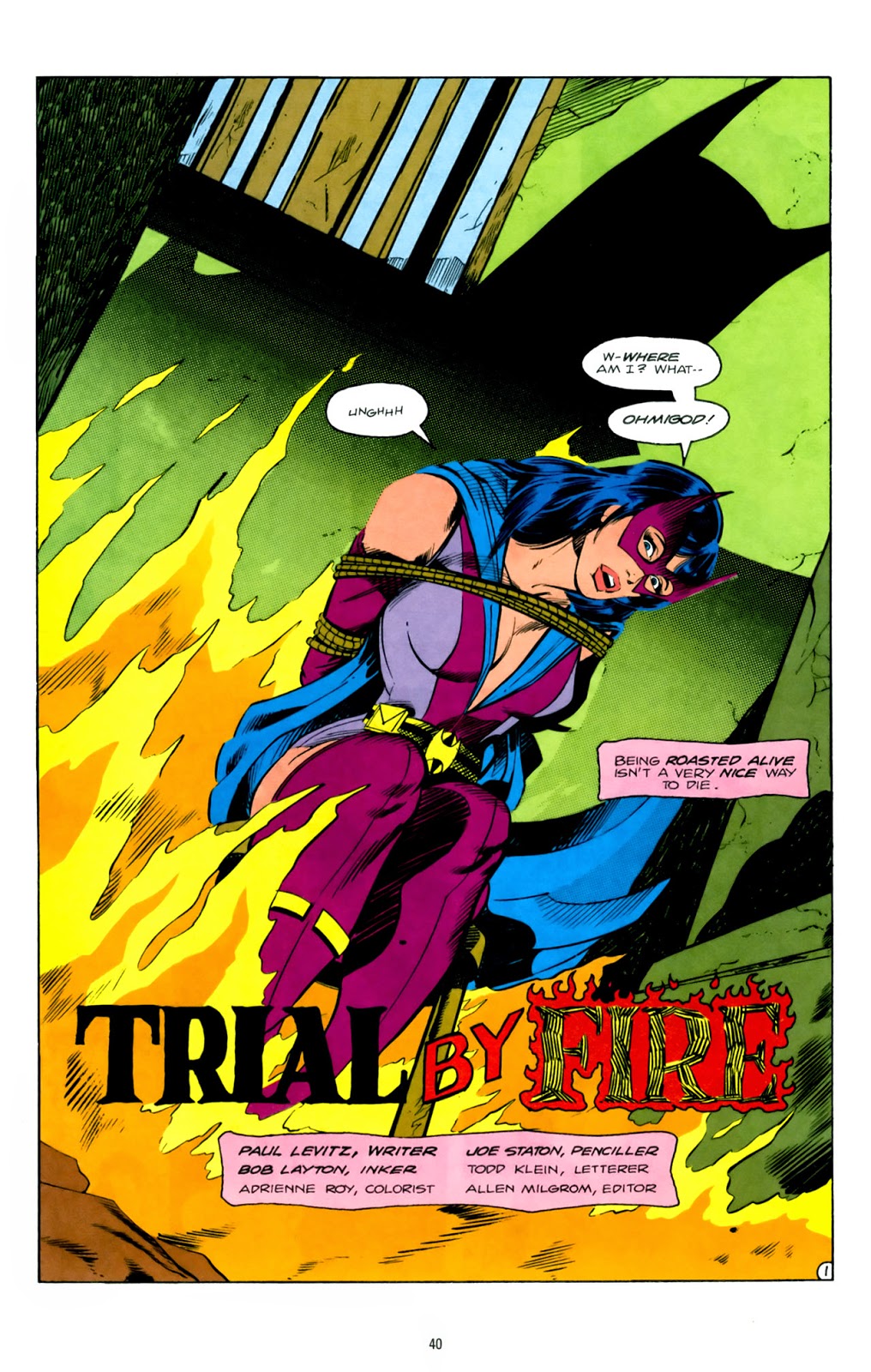 The Best of the Huntress: Batman Family #19 Review 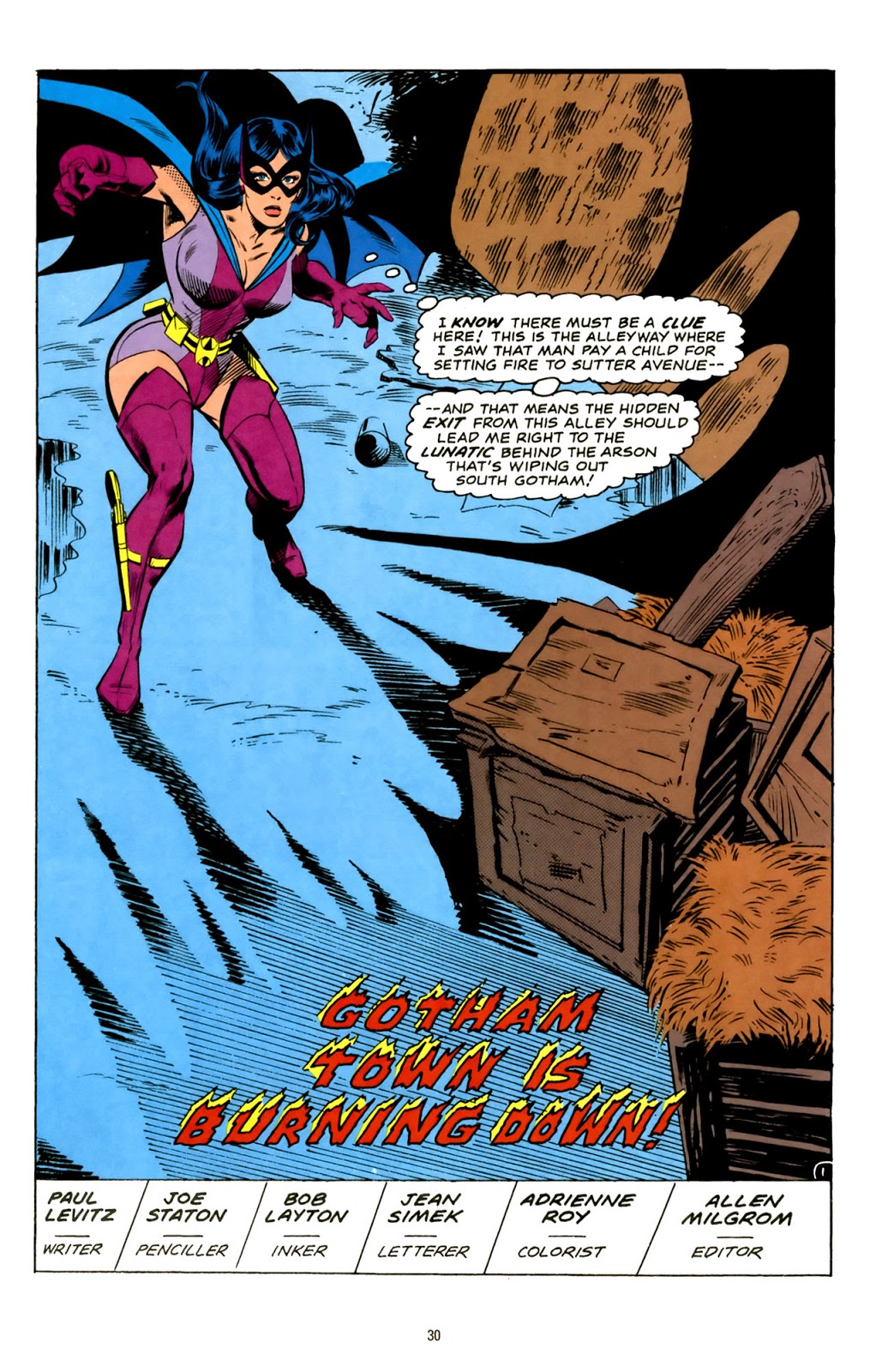 The Best of the Huntress: Batman Family #18 Review 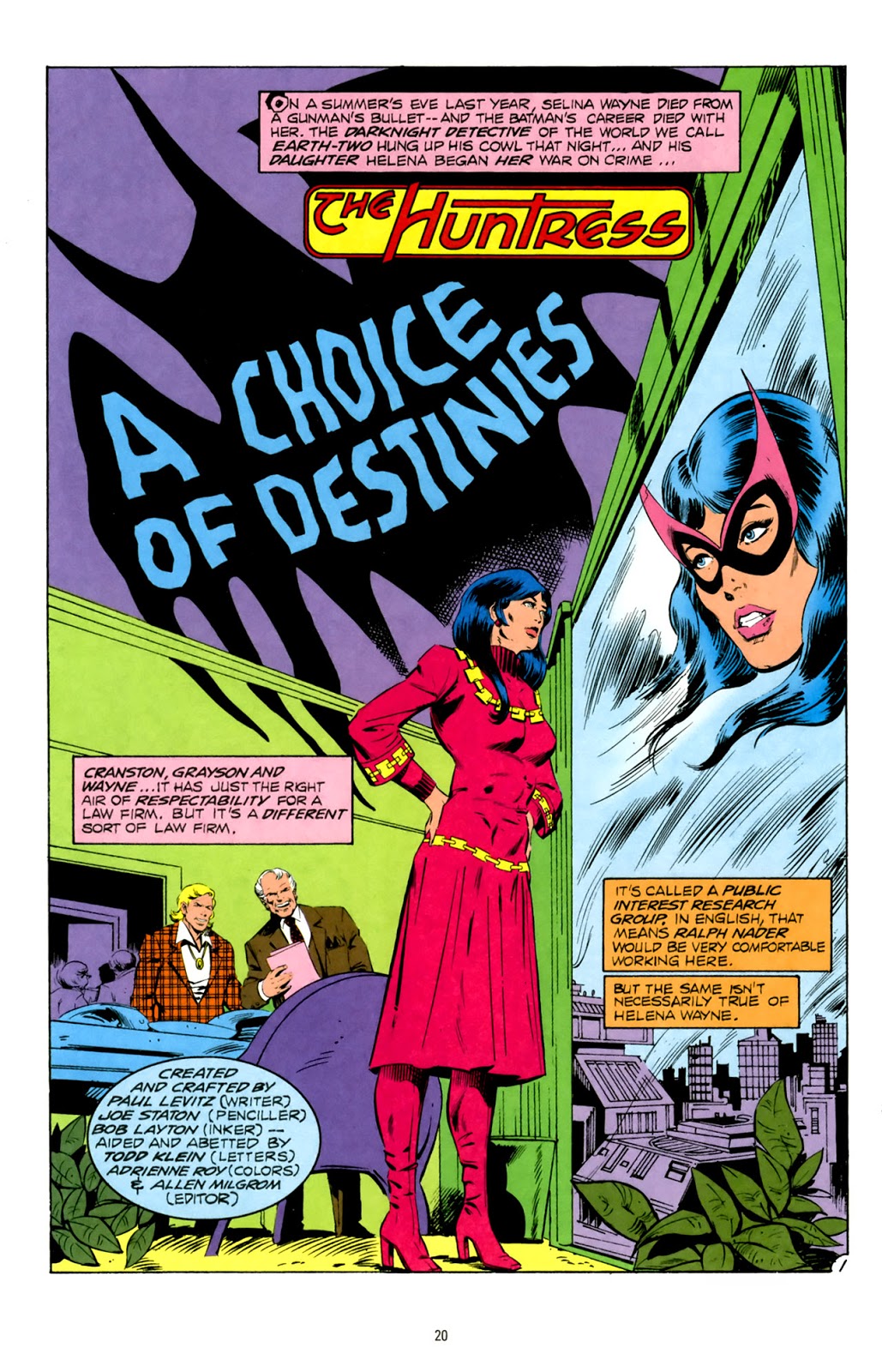 Oh boy. 2014 has not been a great year for the Huntress on various fronts. To start with, she's had only ONE decent narrative all year long, and the rest of the year was creative limbo. Paul Levitz did again this year what he did the previous two years which was go no where with her character or story.

Daniel H. Wilson was unfortunately not an improvement on the previous writer and was in fact much worse. His first objective as a Huntress writer was to put her in the refrigerator at the start of his laughably bad Earth-2: World's End weekly series, and said 'Merry Christmas!' to Huntress fans out there. Writing human women with agency is too difficult a task for a man who specialises in robots, I suppose.

The only time the Huntress actually read like Helena Wayne this year was when Greg Pak, Gail Simone, and Marguerite Bennett wrote her in the few issues that they got to write her in their respective books, which have been the few appreciated gems in the shitfest that was the year 2014.

All things considered, I actually surprised myself to still be able to come up with a Top Ten List of the Best Huntress Moments for 2014.


10. Helena expecting her father to be regularly shot at since childhood. (Secret Origins #7) 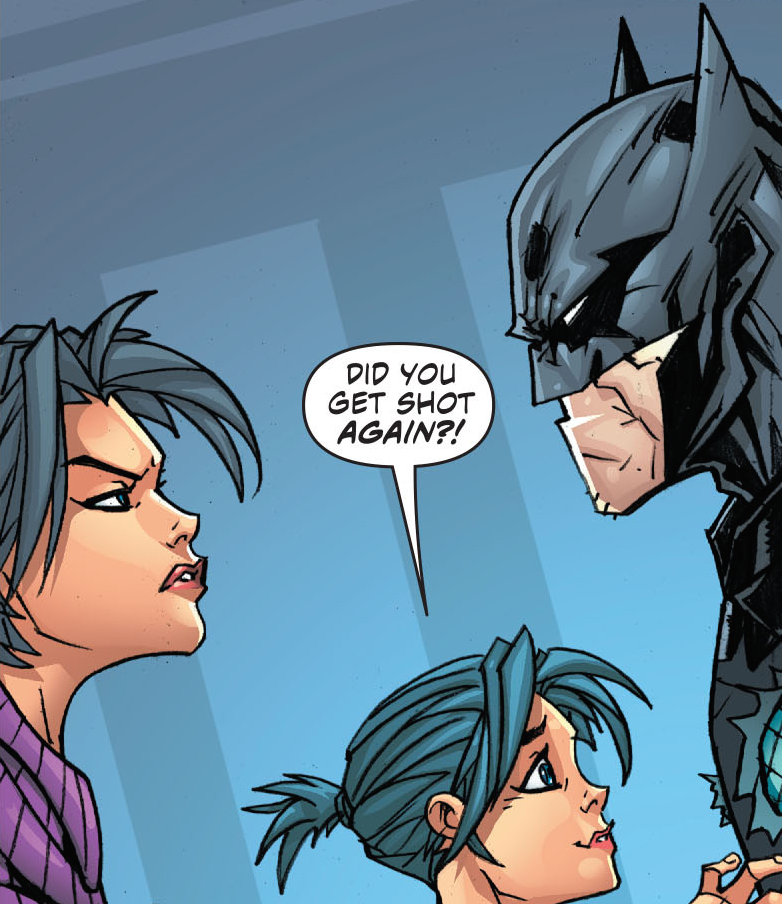 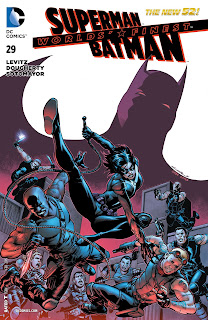 WORLDS' FINEST #29
Written by PAUL LEVITZ
Art by JED DOUGHERTY
Cover by YILDIRAY CINAR
Superman tracks an Apokolips probe to Paradise, where he finds an older woman - and she's a wonder he never expected to meet! Meanwhile, Batman and Lois Lane collide on the trail of terrorists!
DECEMBER 10 | RATED T | $2.99 | PRINT | DIGITAL 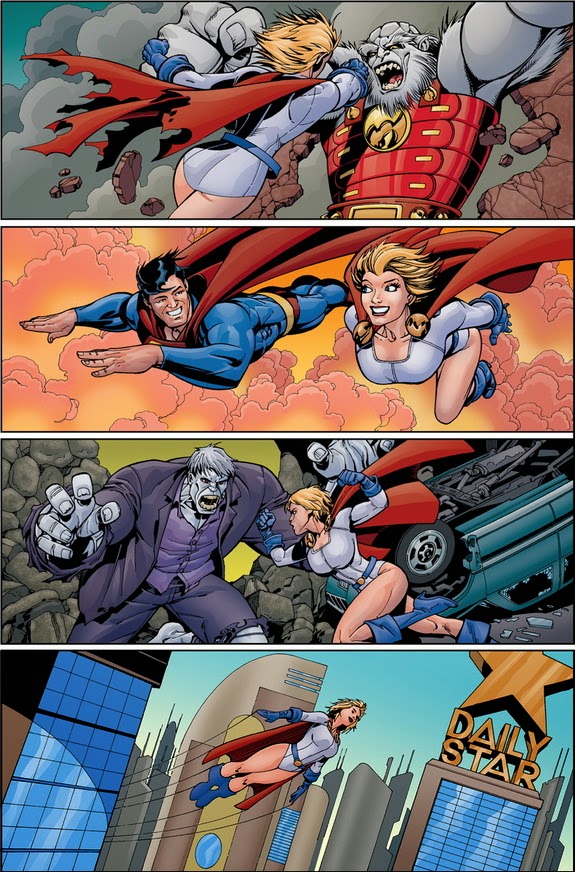 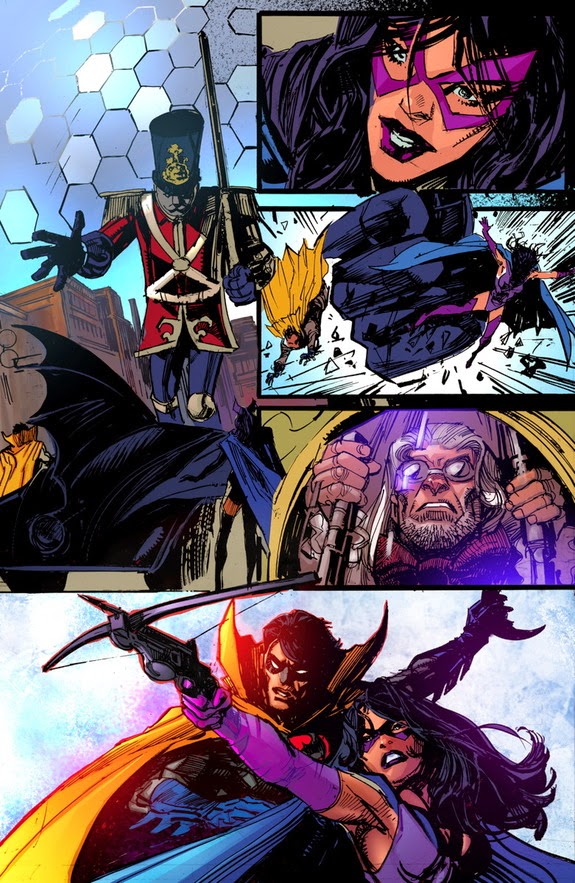 DETECTIVE COMICS
Writer: Len Wein
Artists: Denys Cowan and Bill Sienkiewicz
Colorist: Felix Serrano
Helena Wayne and Dick Grayson fight side by side in memory of Bruce Wayne as they decide who will become the next Batman. 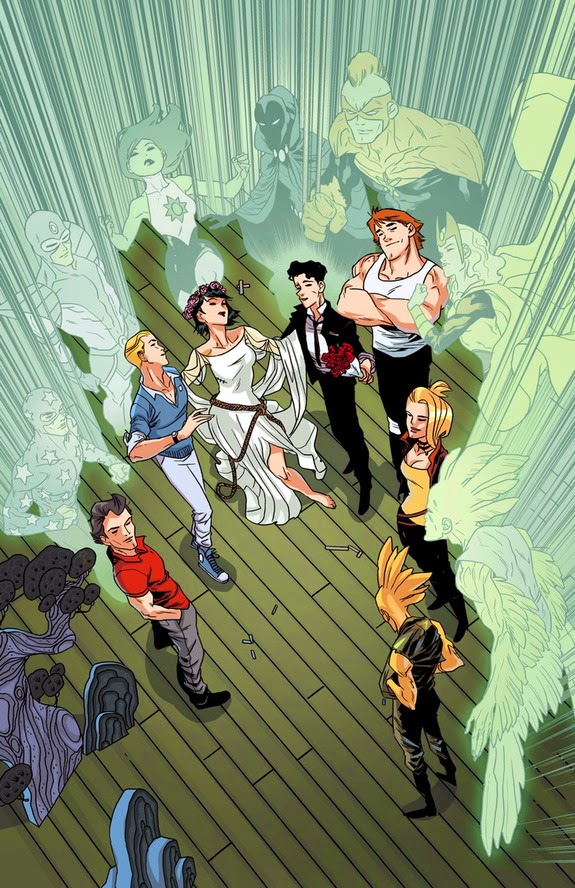 INFINITY INC.
Writer: Jerry Ordway
Artist: Ben Caldwell
Colorist: Jordie Bellaire
The young heroes of Infinity Inc. must choose between the path set for them by their parents or the one they’ve set for themselves as they face post-apocalyptic Jonah Hex. 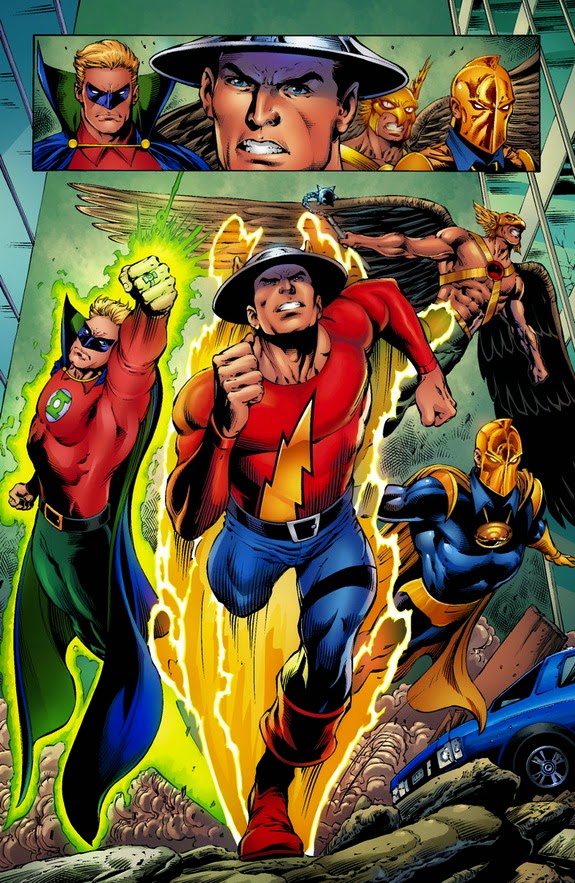 JUSTICE SOCIETY OF AMERICA
Writer: Dan Abnett
Artists: Tom Derenick and Trevor Scott
Colorist: Monica Kubina
Older and in full retirement under the dome, members of the Justice Society get the chance to regain their youths to stave off forces from the Qward Universe. But the promise of youth comes with a deadly price. 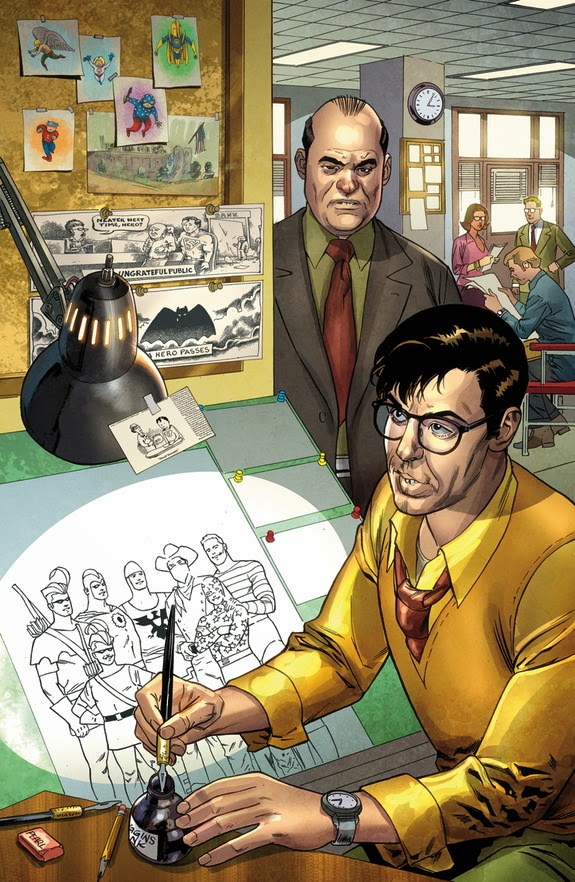 Newsarama released the solicits for Week 4 of Convergence today, and I have to say April and May of 2015 is looking like a promising two months for Classic DC Comics fans like myself. Not only is it refreshing to see some familiar faces again, but it'll be a nice breather from the constant Doom and Gloom of the New 52.

I sincerely hope that Convergence is successful enough to lead to some much needed positive changes to the overall narrative of all of these characters, and especially bring back the much needed diverse storytelling that's so sorely lacking in the New 52. This especially rings true for the New 52 Earth-2 characters who have yet to have stories told about them, and not have their entire narratives centred on editorial mandates, Apokolips, or Helena Wayne's usurper grandfather, who by the way, is supposed to be dead, even on Earth-2.

More importantly I really want for Convergence to be a really strong message to DC Comics, letting them know that we want recognisable versions of our favourite characters again! I know I'll definitely be subscribing to the Earth-2 titles when I go to the shop tomorrow, and hopefully everyone else who is a fan of the Classic Earth-2 does as well.

The only complaint I have right now about these solicits is DC's constant obsession with needing to have a Batman character in every narrative that they have. The decision to rob Helena Wayne of her own narrative on Earth-2 in favour of her (supposed to be dead) grandfather in the New 52 was one of the many things that got me to stop buying Earth-2 after the Tower of Fate story arc concluded. The decision to completely mischaracterise Helena Wayne on top of that to advance the narrative of her grandfather was another bad decision that guaranteed I wouldn't give World's End a chance.

Believe me when I say 'New Earth-2 Batman' is the last thing I want to see on the solicitation of a Helena Wayne story that she shares with her former Bat sibling, Dick Grayson. It's especially insulting that DC is going back to this idea of 'needing a new Batman' on the version of Earth-2 where both Helena Wayne and Dick Grayson explicitly decided against taking over her father's identity and mantle, reasoning that legends should in fact stay legends, and that--as Bruce Wayne's successors--they should create new legends of their own as Huntress and Robin respectively. This was literally the story of Adventure Comics #462, first published in 1978. I honestly find this idea far more appealing (and with stronger story potential) than needing another Batman character for editorial to obsesses over.

Honestly, DC, let these legacy characters be the stars of their own narratives. Let Helena Wayne take over her father's job as the Huntress. This idea was already successful in the 1970s and 1980s. She was, in fact, one of DC's more popular characters in the Bronze Age. I really don't see why this same concept can't still work or be successful in the year 2015, especially as the daughter of DC's second popular flagship couple, Batman and Catwoman. Additionally, I don't have any problems with Dick Grayson reclaiming his Robin identity on Earth-2 either. Sure, update the costume so that the colours aren't all over the place and that it looks more appropriate for an adult male, but let him keep something that always belonged to him. Earth-2 does not need a new Batman to replace Helena's father, Bruce Wayne. Let me me repeat that:

EARTH-2 DOES NOT NEED A NEW BATMAN TO REPLACE HELENA'S FATHER, BRUCE WAYNE.

Helena Wayne and Dick Grayson can take over her father's job just fine on their own.