WarnerMedia Lays Off Numerous DC Universe and DC Comics Employees As Part of Restructuring. What Could This Mean For The Earth-2 Huntress And The Justice Society? 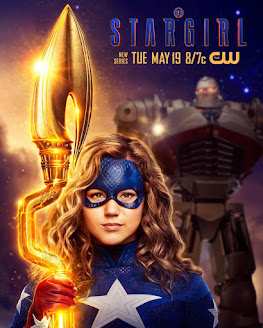 There is no sure way to bring me out of my unannounced hiatus faster than another restructuring of DC Comics as part of an effort to streamline services to AT&T business goals. Given that AT&T acquired a massive debt from their acquisition of TimeWarner and HBO back in 2016, the telecommunications company has since been pressured by their shareholders at Elliot Management to quickly recover that cost. This has no doubt been the driving force of AT&T's corporate culture over the past three years, with a few shakeups during that timeframe.

The week started off with various layoffs which included the termination of high profile DC executives like Bobbie Chase (who oversaw the successful YA graphic novel line), Senior VP of Publishing Strategy Hank Kanalz, and Editor-in-Chief Bob Harras. ComicBook similarly reports that editors Brian Cunningham, Mark Doyle, and Andy Khouri have also been removed from their positions. The latter two oversaw DC's successful Black Label line. The majority of staff that worked at the DC Universe streaming service have also been terminated.

According to Variety, WarnerMedia is looking to expand the DC brand with Chief Creative Officer Jim Lee overseeing DC's new creative endeavours. ComicBook additionally reports that Lee will no longer be serving as publisher and will instead be serving as a liaison between DC and other WarnerMedia brands. With WarnerMedia looking to bring in a new general manager to oversee the DC division, more layoffs can be expected as the company refocuses the DC brand.

With the huge dips in profits WarnerMedia saw this year as a result of the COVID19 pandemic, the corporation is looking to elevate its newest service, HBO MAX, in a year where streaming services are currently distributing films in place of cinemas. As of today, most of the DC Universe original shows like Doom Patrol and Harley Quinn have been moved to HBO MAX, with Stargirl permanently moving to the CW for its second series. The Zack Snyder Cut of Justice League will also be making its debut on HBO MAX in 2021 with Swamp Thing Series 01 making its debut on the CW. What will become of Titans and the other DC shows on the DC Universe streaming service has not been announced.

Given DC's latest restructuring under WarnerMedia, what changes can we expect to see with the DC brand? Well, I think it's pretty clear that WarnerMedia wants to build a large multimedia franchise with DC-based video games, films, and television shows as those have been highly profitable for them. On the comics side, we will probably see a reduction in monthly titles with only the top selling properties (Batman, Superman, Wonder Woman, Flash, and Justice League) continuing as monthly series. Any other comics DC decides to publish will either be miniseries, Digital First series, graphic novels, or comic giants like the ones we've been seeing for Wal-Mart. Merchandising will probably now be licensed to other companies with the dissolution of DC Collectibles.

For Helena Wayne Huntress and Justice Society fans, how will these changes impact their future? Right now, the one strong leg the entire Justice Society property has in the global market is the Stargirl television show, which has been a huge success for WarnerMedia. With the CW having ordered a second series, we can probably expect to see more Justice Society characters appear with the potential to spin them off into new series for both the CW and HBO MAX platforms.

As for Helena Wayne, she is definitely one of the Justice Society's major selling points, especially as a character who is also the daughter of the Golden Age Batman and Catwoman. Since the main DCTV universe already has its own Batwoman airing on the CW, it's not unrealistic to expect WarnerMedia to capitalise on the Helena Wayne version of the Huntress as part of building the Stargirl brand, as well as expanding her native universe of Earth-2.

With the equal success of the CW's Supergirl, there is also a market for a character like Power Girl, who is Kara Zor-El's Earth-2 counterpart. Since one of Power Girl's major selling points as a character is her friendship with the Earth-2 Huntress, there is already a built-in audience for a World's Finest television show set on Earth-2. This is especially true when you consider the CW is already planning on having a crossover between Stargirl and the main DCTV lineup sometime in the near future. They're probably going to want the Earth-2 Huntress and Power Girl to exist as counterparts to the Earth-Prime Batwoman and Supergirl, which will only increase profitability.

By exposing the Earth-2 Huntress and Power Girl to a larger audience, a World's Finest television show could also be a great way of introducing Lyta Trevor as Fury to capitalise on the hugely successful Wonder Woman property, as well as Hector Hall who is the son of Hawkman and Hawkgirl. Overall, the future could actually be positive for the Earth-2 Huntress, Power Girl, and Justice Society, especially with the latter also set to appear in the upcoming Black Adam film. With greater exposure to a larger audience, this could actually help the Justice Society grow as a brand, which could in turn result in future comics and merchandising.

Now, I want to be clear that by speculating on what DC's latest restructuring could entail for the Justice Society property and characters, I am by now means celebrating the termination of DC employees who were part of the DC family for the past decade. Far from it. I'm actually sad to see DC lose people like Bobbie Chase and Hank Kanalz, who actually helped launch the successful YA graphic novel line. I'm equally sad to see the departures of Andy Khouri and Mark Doyle, who managed successful runs for DC's mainline comics, and were at the forefront of DC's equally successful Black Label line.

If anything, I consider their terminations a huge loss to the DC family as I strongly feel each of these individuals could've helped launch a comic lineup that easily aligned with AT&T's business goals. Given their past successes, it honestly astounds me that they were amongst the people who were let go.