The Best of the Huntress: Wonder Woman #314 Review 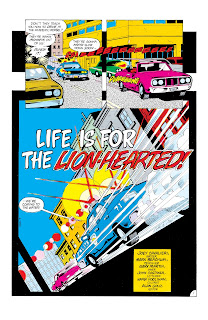 Summary: After dissolving a baby trafficking ring and losing the Earthworm in the process, the Huntress decides to follow up on one of the children she rescued from the gruesome operation. The baby is deaf, but the Huntress takes comfort in knowing the baby will live a normal life free of the criminals who tried to traffic him.

But as is par for the course in the Huntress' life, the journey is truly never over. While she may have stopped the Earthworm hot in his tracks and exposed his accomplices Terry Marsh and Nedra Borrower, there is a new villain in town. One that seeks to make a profit off the research of one Dr. Mizuki Tori!

Review: This story starts off with a follow up to the events of the Earthworm storyline, but also serves as a transitioning point to the next story arc. We see Nedra Borrower get fired from her job as soon as her sexual relationship with corrupt politician, Terry Marsh, is exposed, but we also see the introduction of a brand new villain who is brutal and murderous: the Sea Lion. 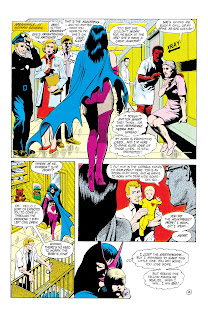 The centre piece of the story, however, is the Huntress herself. In the last story arc, she was the centre of controversy, and in this issue, we start to see how those consequences play out. Prior to Nedra, Gotham's citizens didn't seem bothered by the Huntress' presence. Following Nedra's libellous exposés in the mainstream media, the Huntress' presence now puts ordinary people people on edge. They are now far less trusting of her than in the past and now have it embedded in their minds that she may not necessarily be on their side and responds to every situation violently.

This feeling of intimidation and lack of trust was most evident with the character of Dr. Mizuki Tori, a Japanese genetics researcher at the hospital the Huntress visited to check up on a baby she rescued from the Earthworm. Dr. Tori was less than enthused to meet the Huntress at her place of employment and quickly departed before the latter could dig deeper into her own personal affairs. It turned out Dr. Tori was investigating recurring thefts of her own research at the hospital and didn't want the Huntress interfering. This did not go unnoticed by the Huntress, who still decided to step in to help Dr. Tori, even if the latter didn't want it.

With this kind of setup, we see Helena Wayne deal with her new reality in perhaps unprecedented ways. She is aware now of the extent of the damages Nedra caused to her reputation and has to actively control her own narrative in order to minimise that damage. In this regard, Nedra succeeded in her own goal of destroying the public's perception of the Huntress as a force for good, even though it came at the expense of her own career in the end. The question now is will the Huntress succeed in regaining the public's trust in her? What will she need to do differently in order to reshape the public's perception back to her favour? 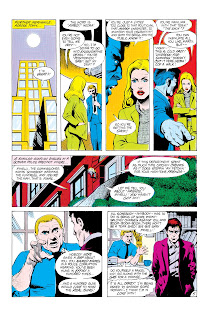 On the subject of Nedra Borrower, I found it odd that she got fired for her sexual relationship with Terry Marsh tainting her objectivity, and not for the fact that she was committing libel. The latter is a more serious offence that could've caused significant damage to the broadcasting company she works for. More serious yet was the fact Terry was involved in a human trafficking ring, and that Nedra joined forces with this man on their joint goal of destroying the Huntress' reputation. This was actually being done for the benefit of the trafficking ring on Marsh's part.

While Nedra may not have been aware of Terry's involvement in human trafficking (her goal was never to help the Earthworm, just herself), one would still think that libel and conspiring with criminals alone would've been the thing that got her fired, and not her sex life. But if we also think back to what drove Nedra to become the person she is now, her internalised anger has always come from her lived experience with gender discrimination. How she got fired was no different.

It wasn't her misplaced anger and the series of bad decisions that destroyed her career. It was the fact that she was sleeping with the politician she was heavily covering in her news casts that resulted in her termination. Her boss even strongly emphasised that in her firing, which made Nedra even more bitter than she already was. I admittedly felt for Nedra in this case. While she was still responsible for her actions that were still grounds for termination, the fact remains she was fired for the wrong reasons and had grounds herself to sue her employer. 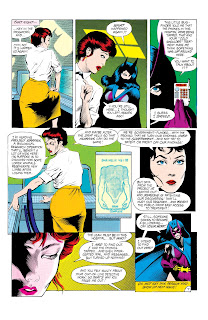 If the Crisis reboot hadn't derailed the Huntress' narrative the way that it did in the late 1980s, I would've been interested in seeing where Nedra's unlawful termination would've taken her. Would this have caused her to reflect on her actions and reevaluate her life? Would this have brought her to Helena Wayne's office to sue her employer and stand a chance in court given the unfortunate circumstances she found herself in?

On that note, would Helena Wayne have chosen to help Nedra knowing that she was responsible for hurting her reputation as the Huntress to the public? Would she have helped Nedra as a way to prove her wrong or as a way to help her find inner peace? Would Helena Wayne been a more effective hero to Nedra as her lawyer than as the Huntress? Would this in turn have caused Helena Wayne to reevaluate what it means to be a hero? Would she have realised that maybe what she does as a lawyer matters just as much as what she does as the Huntress, if not more? There were definitely interesting places a follow-up to this story could've gone had DC not rebooted their universe.

The last thing of note here is that writer Joey Cavalieri does not abandon other plot threads that he started in previous story arcs. One of those happens to be the character of Gary Minelli from the Arkham Asylum story arc, who confirms in this story that he is romantically attracted to the Huntress. Another character that is introduced in this story who later comes to have meaningful interactions with the Huntress is a young man named Tom Kelly.

Now, it seems possible with both Gary Minelli and Tom Kelly, Joey Cavalieri was looking to setup potential new love interests for Helena Wayne, given how problematic her actual boyfriend has been for the past several years of her publication. It is possible that with these two new guys, Cavalieri was looking to explore what qualities Helena Wayne values in a romantic partner and what kinds of choices she would end up making. Those are developments that will be discussed in more detail in future reviews!