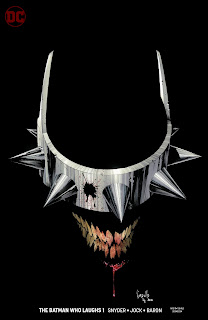 Seasons greetings everyone! I apologise for disappearing for a while this month. I really did need to take a break from everything, namely due to exhaustion and feeling pretty burnt out by my day job. It's enough to say the abrupt changes that took place at my workplace midway through the year had some of us quickly taking on new responsibilities on the fly and with very little to no preparation.

Needless to admit, the fact that there were no backups in place for the event of crucial employee departures meant a lot of things went wrong in the transition process, and left quite a few of us feeling stressed out by the end of this month, myself included. The fact I expect the workload to quadruple in 2019 with more upcoming changes to our organisational structure and not enough staff to go around to make things go smoothly means I'm already looking for a new job to say the least.

Comics-wise, this has been a pretty underwhelming year to be a Justice Society fan, and even moreso as a Helena Wayne Huntress fan. At best, there is the upcoming Stargirl television series for DC's webstreaming service that's going to be JSA-centric, and we might see many fan favourite characters given that Geoff Johns will be serving as showrunner. Beyond that, however, I'm feeling pretty underwhelmed by DC in general.

With Johns' departure as DC President, I've been noticing a shift back to the New 52 style of stunt marketing and storytelling in the last couple of months under co-publishers Dan DiDio and Jim Lee. Since I didn't enjoy that particular era of DC, I've found myself dropping a lot of DC Universe titles I was following during the Rebirth era largely due to not liking the new directions. This has been especially the case with Nightwing which, at best, had strong potential to tell a meaningful story about TBI through the POV of an iconic DC character. Unfortunately, DC does not have the right people involved in that story arc, and it painfully shows in the writing. As such I am now down to one DC Universe title. 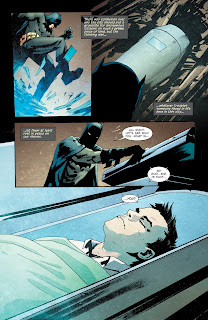 The only book I'm still following at this point is Scott Snyder's Justice League as his run on that title has been genuinely good, plus I'm intrigued by his plans for 2019. Judging by his work on Dark Nights Metal, The Batman Who Laughs, and the larger narrative running in his Justice League book, it looks like Snyder is planning to make full use of the DC Multiverse and time travel to tell his most epic DC story to date. One thing I've always liked about Snyder as a storyteller is how thoroughly he plans his story arcs.

In addition to telling fun, Bronze Age-style stories in his Justice League title, he also plants seeds for future story arcs, which keeps me interested in seeing what he does next. Right now, the appearance of a Bruce Wayne who is married to Selina Kyle with a daughter in The Batman Who Laughs has me keeping an eye on that title, along with a possible appearance of Earth-2 if the Batman teased on the cover of Justice League #21 is in fact the Earth-2 Dick Grayson. (That does look like his costume.)

Though Snyder has not confirmed that the married Bruce Wayne in his Batman Who Laughs miniseries is a newer take on the Earth-2 character, he does still leave enough room for that possibility. Though the solicitations for his upcoming Justice League story arc confirms that the Justice League will be meeting future versions of themselves, it also doesn't confirm that the characters appearing on the triple cover aren't also multiverse characters. So again, there is still room for possibility.

Looking forward to 2019, I'm going to be taking it easy next year. Apart from job hunting, I'm also not going to allow myself to be stressed out by any missteps in the comic book industry next year. I'm just going to stick to the books I am genuinely enjoying like Scott Snyder's Justice League and The Batman Who Laughs, as well as the Sandman Universe titles like The Dreaming, House of Whispers, and Books of Magic. All of those have been genuinely good. 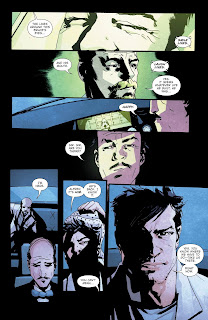 On the front of Doomsday Clock, I'll be keeping an eye out for any meaningful progress on the Justice Society side of things, but at this rate, I don't see myself caring for the story anytime soon. Although Superman finally got focus in Doomsday Clock #8, at the same time, I just didn't care for anything that happened in that issue. At best there was a nice homage to All-Star Comics #4 in one panel, but there was truthfully nothing new to write home about.

I'll definitely continue covering the Huntress' pre-Crisis comics in 2019, both in written and in video blog form with my friend Mark. In fact, I will be releasing Session 03 sometime this week, and I will pick up on the written reviews next month.

I honestly wish I had more to say as far as plans go, but apart from the usual pre-Crisis Huntress coverage, I will definitely be taking it easy next year. Right now, getting my personal life in order is Priority #1, but hopefully, once I make a career change, I can get back to covering DC's newer developments on Helena Wayne and the Justice Society more closely. For now, I'll be primarily sticking to Scott Snyder's Justice League for those new developments, but everything else regarding DC, I'll observe from the sidelines.

Hopefully everyone reading this has a wonderful holiday season, and I'll see you all again back here next year!