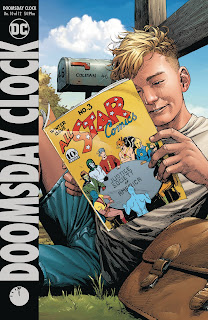 Heh. Sorry about that. I guess before we get to today's main story, let me briefly discuss what's been going on. First things first, I will confirm Mark and I did record Session 03 in December. Twice.

First time we recorded Session 03 first week of December, we were met with all kinds of interruptions. From Wi-Fi connection issues to a loud rainstorm, loud traffic (I live next to a busy street), even my brother deciding to vacuum the flat while I was recording. I ended up scrapping that file entirely and resheduled to re-record the session sometime before Christmas. We did exactly that.

The second recording wasn't met with as much disruption as the first recording, and even managed to finish the entire session within an hour. All was great until I started editing the file the day after Christmas and noticed the audio picked up a lot of ambience noise during dialogue. Normally, the ambience noise is accounted for with a pop filter (which I had on the mic) and by removing the noise in post production. However, pop noises that appear during dialogue is harder to remove, and even with filters applied, it still sounded terrible. 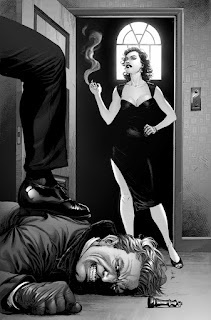 At first, I figured I could just re-record my own responses (most of the problem was during my dialogue) and simply replace the bad audio with the newer, cleaner audio. I did that, but then the dialogue didn't flow quite as naturally compared to when we recorded our discussion live. I ultimately concluded that Mark and I will simply just have to record it again, but this time, in a more controlled environment. Fast forward to January 2019.

I returned to work the day after New Years, and that first month, we were met with one hell of a surprise. Four of our top level executives were fired that month after an investigation of an indiscretion that took place three months prior concluded. Five people were actually terminated, but one of them resigned prior to the investigation. The other four were fired in January. One of the executives fired was the VP of my department.

With the loss of those executives, there has been a major reshuffling of managers going on at my workplace and our positions have also been renamed. This week I found out what my new title is, but the month prior, I've been working longer hours (including overtime) on my projects to keep business afloat during these rather abrupt changes and transitions. Work is very much a colossal mess at this time and I don't see things slowing down anytime soon. That's one reason I haven't been updating this blog nor have had time to re-record Session 03, much to my dismay. 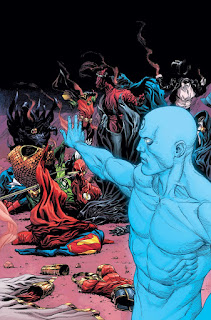 The other reason for the lack of updates is that my mum will be getting surgery soon (I'm honestly not looking forward to that), and both this month and last month I've been preoccupied with taking her to doctor's appointments, even taking time off work to do so (which is the other reason I've been working long hours). She needs to have two surgeries done: one in March and the other in April. Since none of my mum's other family members live locally (they all reside in Colombia), I have to be the one to take her to both of those surgeries and assist with the recovery process.

Long story short: my personal life is in quite a bit of a funk right now. I'm hoping that by May at least I can get back on track with the video blog and hopefully produce a better Session 03 than what we originally ended up with in December. The video blog is still a project I'm really excited for and one I enjoy doing with Mark. I'm very grateful he's been very understanding and supportive during this challenging time.

Oof. That was A LOT to unpack, wasn't it? Again, I apologise for the lack of updates. At best, I've at least been updating my Twitter to not worry followers there, but nonetheless, all of this happened rather unexpectedly. However, I did say I would continue to cover the Huntress and everything JSA related, and I'm sticking to that! So how about we get to that, yeah? After all, no one is here for the drama that is my personal life at this time! 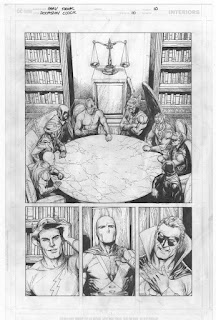 Doomsday Clock has been something of an odyssey in terms of having a consistent schedule. I will say for myself the release schedule in and of itself hasn't been particularly bothersome to me, but the lack of any meaningful progress on the DCU front most certainly has been. However, on Friday evening, artist Gary Frank acknowledged the frustration with the release schedule to fans and decided to release a fully drawn page from Doomsday Clock #10, set to come out next month. (Hopefully.)

Just what exactly is being revealed on this page? Could removing Johnny Thunder be the first tweak to the DCU timeline? When we similarly consider that All-Star Comics #3 took place on the pre-Crisis Earth-2, could this also be a sign that Doctor Manhattan has been messing with the DC Multiverse timeline from the beginning, ultimately leading to Crisis on Infinite Earths? What could this revelation mean for the Golden Age Trinity and their successors Huntress, Power Girl, and Fury?What could this similarly mean for the successors of the Golden Age Justice Society heroes who formed the first legacy team of Infinity Inc?

While I don't expect all of these questions to be addressed in Doomsday Clock #10, I am nonetheless interested in seeing how Johns addresses the Justice Society's history in the new, altered timeline in the remaining issues of Doomsday Clock. Knowing Johns' love for DCU history and not being a fan or erasing history (like most of us), I'm really hoping that the status quo of the legacy characters will be better explained. I also hope this also results in a reinstatement of characters like the original Helena Wayne Huntress, her friendship with Power Girl, and especially a reinstatement of Lyta Trevor as the daughter of the Golden Age Wonder Woman and Steve Trevor.

Hopefully Doomsday Clock #9 will be more DCU focused like #8 was and less Watchmen focused. (We only have three issues left after this.)

What does everyone else think? Do you think Doomsday Clock will do more than just reinstate the Justice Society and the Legion of Superheroes to the DCU timeline for its remaining three issues? Do you think all of the changes made during the New 52 will be explained in a way that makes sense and respects past DCU history? Share your thoughts in the comments below!
Posted by Diane Darcy at 10:29