The Crisis Of What Went Wrong In Infinite Reboots 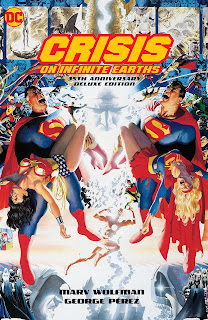 October is here and so is the NYCC for the year. Over the past two days, DC teased a major announcement that would be released on Friday. Sometime yesterday afternoon, DC co-publishers Jim Lee and Dan DiDio revealed that they are working on an ultimate DC timeline that would provide the connective tissue for DC’s past, present, and future.

DiDio then explained that reboots happen when continuity gets confusing or stops making sense. "Wonder Woman is our first superhero," he said of Generation 1. "Generation 2 begins with Superman. Generation 3 tackles Crisis on Infinite Earths."

"One of the things we're working on in the DCU is we're building an ultimate timeline. We're building this so we have a better idea where our stories connect. That's where we made our mistake during the New 52 -- we didn't understand which stories matter, which ones didn't. Once we understand how these characters connect, then we'll be in a place to give you the true history of the DCU."

As a DC fan, I'm all in favour of having a definitive timeline for each era of DC. Unfortunately, from what Dan DiDio is describing, that is not what he is actually doing. He's essentially doing his own revision of Marv Wolfman’s The History of the DC Universe, which also sought to erase the pre-Crisis multiverse and its respective canon to what he decided was a more 'definitive' mainstream DC Universe: one Earth, one history, and only the characters and stories Wolfman decided mattered.

This is unsurprisingly the same problematic mindset that got DC on this endless cycle of constant reboots and retcons that DiDio also acknowledges is a problem. I'm failing to see how revisiting Wolfman's problematic solution to a non-issue (the DC Multiverse) is not going to result in the same exact problems as last time, or how this is going to better unify DC fans who happen to like characters and stories that are often sacrificed in these convoluted revisions of DC's history. 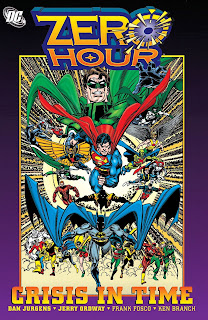 If there is a constant to repeating the same mistakes is that they always yield the same results. It's foolish to think that 'maybe if I try this same proven mistake another way, I can probably change the outcome for the better.' The fact is, no you can't, because it's still the same proven mistake that has consistently and reliably led to the same conclusion. Within the context of DC, another revision of DC's history (which is what Dan is really doing with his proposed new timeline) won't play out any differently. Here's why:

While DC has technically only done two hard reboots in its 81 year history (Crisis on Infinite Earths in 1985 and Flashpoint in 2011), the core problem with both reboots is that they both sought to 'fix' continuity by reinventing a very complicated and multifaceted wheel.

The first Crisis attempted to merge an entire DC multiverse with conflicting core mythologies and well fleshed out histories spanning 4-5 decades into a single simplified timeline, which compounded the very problem they were trying to fix: continuity. Suddenly, they had all these different characters from these different Earths and timelines living in the same proverbial house together, but now their histories no longer made sense in the new streamlined timeline, or outright contradicted the intended new direction.

Superman, for example, was reinterpreted as the last Kryptonian in the post-Crisis timeline, but Power Girl—the Earth-2 version of Supergirl—still existed. To keep Superman the 'sole survivor of Krypton', DC rebooted Power Girl entirely from scratch to remove her original history and reimagined her as a wholly different character with an Atlantean origin. The same was also done to other DC characters in her position like the Huntress who was originally the daughter of Batman and Catwoman prior to Crisis, and was rewritten entirely as a mafia princess so that she couldn't conflict with DC's plans for either of her parents.

It didn't take long for this reinvented wheel to show its cracks in its foundation, and sales eventually started to dwindle once DC ran out of shocking spectacles like The Death of Superman and Batman's paralysis in Knightfall to keep readers invested. Eight years after Marv Wolfman attempted to redefine DC’s core mythology with both Crisis on Infinite Earths and The History of the DC Universe, DC once again attempted another soft reboot in the form of Zero Hour in 1994. This time, DC attempted to merge the various conflicting timelines into a single unified timeline. But like the Crisis before it, this too compounded the very problem it tried to fix: continuity. 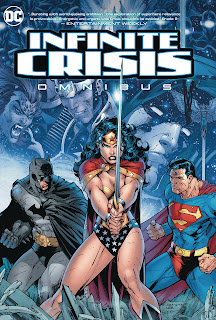 With the aftermath of Zero Hour, the characters were once again given revised origins. But just like last time, these changes did not last, nor did they resolve the bigger problem of DC's paradoxical streamlined continuity. A full decade after Zero Hour attempted to make sense of the new DC timeline, Geoff Johns had a go at it with Infinite Crisis in 2006. As a sequel to the original Crisis, Infinite Crisis re-canonised the pre-Crisis multiverse and established a new multiverse based on the original to co-exist with the convoluted post-Crisis Earth.

For a while, this was a nice compromise that provided a more hopeful future for fans who wanted to read ongoing stories with their favourite characters in their more classic forms without feeling burdened by the ever confusing post-Crisis continuity. But then that opportunity was wasted when DC decided to do their first hard reboot since Crisis in 2011 with Flashpoint, which launched the New 52 era.

The idea behind the New 52 was to modernise the DC Universe and make it more accessible to a new mainstream audience. This entailed giving the characters more modern origin stories that made them relevant for the 21st century.

All of this sounded good in theory, but in execution, that’s not what ended up happening. Instead, the Flashpoint reboot reimagined the characters in ways that were antithetical to their core mythologies, while others stayed intact. Other characters and their stories got written out of continuity, while others that technically shouldn’t still exist were either still canon or reinstated in terribly problematic ways. Once again, there was no real sense of a streamlined continuity, which essentially repeated the same problems as the Crisis reboot.

Four years into the New 52, DC tried another experiment to jolt dwindling sales: DC YOU. The idea behind DC YOU was looser continuity and ‘stories for everyone’, meaning different styles of books that tapped into different genres. Again, this sounded good in theory. But in execution, it didn’t address (let alone resolve) the central problem with the New 52: characters were still unrecognisable and their timelines still didn’t make sense. 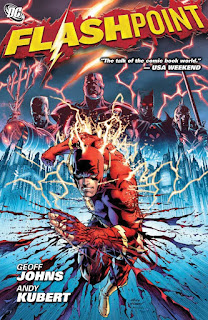 After only one year, DC YOU was abandoned in favour of DC Universe Rebirth which was described as ‘not a reboot, but a course correction’ by Geoff Johns. By this point, DC had realised they have strayed too far from what made their characters resonate with their readers for decades, and needed to do something about that. The goal of Rebirth was to then reinstate DC’s characters to their more classic forms, even reinstate past characters and concepts that were removed from the current continuity without retconning the current continuity.

While the stories were mostly better for three years, it once again didn’t resolve the central problem of a convoluted mainstream continuity. To be more specific, fans still have no clue which stories still count as mainstream DC canon and which ones do not as creators during the Rebirth era just pick and choose continuity as it fits their stories. Once again, we are back to where we started.

This brings us back to DC’s proposed ‘ultimate’ timeline that seeks to redefine all 81 years of DC’s history in a more streamlined way. The problem is the proposed new DC timeline wants to reapply the same failed solution of the past three decades, which means we can already predict how it will be received: the same as the last 5 or 6 times that they tried it, which is a recipe for another reboot in 5 to 10 years time to once again course-correct.

What this tells me is that DC—to this day—still hasn’t figured out that the source of all of their current problems started with the decision to change DC in the first place with the Crisis reboot of 33 years ago. Every attempt to streamline or fix continuity in the last three decades has resulted in further rewrites of DC’s core mythology, history, and characters rarely to the satisfaction of DC’s existing fanbase, and rarely in a way that is truly accessible to a newer audience. This is the recurring pattern.

The new proposed DC timeline wants to once again rewrite pre-Crisis history to match the agenda of the same failed Crisis reboot. This is literally the pattern they need to break! 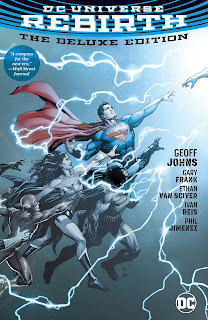 Instead of trying the same failed solution of the past three decades, try this instead: STOP rewriting pre-Crisis history and embrace it for what it actually is. STOP trying to merge conflicting core mythologies and histories into a single paradoxical timeline, and recognise that some ideas, characters, and concepts do, in fact, work better in a multiverse setting. STOP treating the pre-Crisis multiverse as a ‘past mistake’ that needs to be eliminated, and embrace it as an endearing part of DC's history and core mythology. STOP trying to be more like Marvel and get back to being DC Comics.

Of course, this post isn't taking into account the more corporate reasons for the new proposed DC timeline, which is a whole other beast to tackle in and of itself. But we can safely conclude after three decades that reinventing the wheel isn't the way to go anymore. More than DC needs to keep revising that wheel into a square, a triangle, or trapezoid to see what works, they really just need to put the damn wheel back on the car again and get moving again.

Do what Infinite Crisis originally did in 2006 and just re-canonise the pre-Crisis continuity with its original history intact, along with the pre-Flashpoint continuity. This requires less effort than revising an already convoluted DC timeline. Instead of fixating on the consistently paradoxical single Earth continuity that will never be truly streamlined, simply publish comics with these characters in their more iconic forms within the settings of the Earths/continuities in which they were the most successful. To eliminate any confusion, simply label the books with the Earths they are set in (Earth-0, Earth-1, Earth-2, etc).

Until someone can more meaningfully develop a modern DC Earth from scratch that neither reboots the existing multiverse, nor abandons the core mythologies of DC's characters, and can more thoughtfully modernise them for a broader audience, returning to the DC Multiverse may be the best solution for better organising DC's conflicting history, and at least put a stop to an endless cycle of reboots and retcons in an attempt to streamline a paradoxical timeline.

Stories should build continuity over a period of time. Continuity should never be the actual story.
Posted by Diane Darcy at 00:00