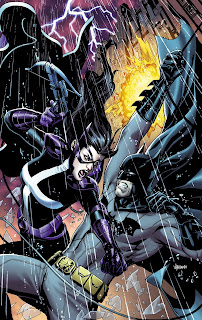 Here we are. Last month of a terribly bonkers year. I honestly can't recall what I even accomplished this year since so much of what I had planned went unexecuted as a result of the COVID-19 pandemic, plus being tight on funds. Since getting laid off in August, so much of my energy has been going towards pursuing new career opportunities, and so far, that's been going pretty slow. I more recently applied for a writer position at a major entertainment news site, so here's to hoping for some progression.As far as this website's content goes, that's going to depend on what DC chooses to do with Helena Wayne moving forward. I will confirm I won't be covering Tom King's Batman/Catwoman series on this website because I was not impressed with the way he butchered Helena's origin story in the Catwoman 80th Anniversary Special. King deciding to depict his version of Helena as queer in his new series similarly does not win me over because I do not trust he has Helena's best interests in mind, only his own.

As I already stated on my Twitter yesterday, Helena Wayne being written as queer would be more meaningful in a comic where she is the protagonist and her romance story is the focus. The impact of this reveal is not nearly as powerful in a comic where her iconic parents are the protagonists and her sexuality is revealed by her mother to the Joker no less. Additionally, as a bisexual woman myself, I know when a writer is genuinely pursuing a queer narrative, and when a white heterosexual male writer is only leveraging a character's queer identity in a self-serving manner. Given that Tom King has yet to acknowledge Selina Kyle's bisexual identity and love interest—Eiko Hasigawa—from Genevieve Valentine's Catwoman run in his storyline, I have reason to question the sincerity of this development for Helena. 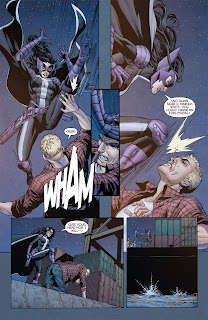 What I will do instead is I will continue to vouch for DC to bring back the more classic Helena Wayne Huntress who is a member of the Justice Society and Power Girl's best friend. I fully support DC's decision to depict Helena Wayne as an explicitly queer character moving forward, but I would like to see this development explored with the classic character Paul Levitz actually created with Joe Staton and Bob Layton. Not only does the classic Helena Wayne Huntress already have a rich history and legacy to build from, but a queer romance would have more impact if explored with Power Girl, the one female character she was already affectionate towards during the New 52.

I will, of course, continue to follow the Stargirl TV show, which I will continue to cover on my Patreon. So far, there have been no casting announcements for either Huntress or Power Girl, but I have a strong feeling they're on the horizon since the CW recently cast the roles of Jennifer-Lynn Hayden (Jade) and Jakeem Thunder for Series 02. If Huntress and Power Girl don't appear sometime later on in the series, I'd wager they would be slated for Series 03.

Speaking of podcasting, Ashford decided to do a Huntress QA for his 'Countdown to 2021' series this month, which we recently recorded. I will also be posting that on here as well this month, so look forward to that soon!

Become a Patron!
Posted by Diane Darcy at 14:00