The Best of the Huntress: Wonder Woman #320 Review 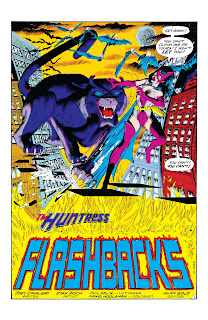 Summary: Helena Wayne has been having recurring nightmares of late, and they are beginning to affect her sleep. To 'cure' her insomnia, Helena decides to venture out into the night as the Huntress to investigate a series of robberies. As soon as she notices a cat motif to the robberies, Helena is immediately triggered and passes out. Upon waking up, she realises she isn't feeling well, and decides to seek professional help. She goes to the one person she feels she can trust: a new ally in the form of Tom Kelly!

Review: I have to admit, I always have trouble revisiting this story because it is the last solo story Helena Wayne receives before she is written out of continuity by Marv Wolfman in his 12-issue maxiseries Crisis on Infinite Earths. It's a painful reminder that continues to be a sore spot for me to this day, and it's one of those things that will forever make me shake my fist at Marv Wolfman despite being a huge fan of his New Teen Titans run.

However, despite being a painful reminder of Helena Wayne's inevitable fate in Crisis on Infinite Earths, there is still a lot I love about this story that was clearly setting up for a bigger story arc. One that would primarily centre on Helena Wayne's relationship with her mother, Selina Kyle. What I especially found interesting about this story is that it opened up the possibility that Helena Wayne has been committing 'Catwoman-like' crimes during her sleep or 'blackouts.' 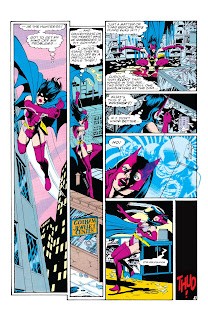 The idea for this story kind of reminds me a bit of the plot twist from Chuck Palahniuk's Fight Club novel where—spoiler alert—the insomniac narrator discovered he was the same person as his best friend, Tyler Durden. While I don't think writer Joey Cavalieri was setting Helena Wayne up to develop Dissociative Identity Disorder (DID) like Fight Club's protagonist, dissociation is still a theme he explores with this story. It's an idea that has us revisit not only Helena Wayne's past adventures, but even her mother's Golden Age history.

The way this story opens follows up on a plot thread Joey Cavalieri started a while back during the Arkham Asylum story arc. The one that depicted Helena Wayne's innermost fears while under the influence of a highly potent hallucinogenic. In that story arc, Cavalieri peeled back every layer of Helena Wayne's psyche, revealing her deepest, darkest fear being the legacy of her mother.

While Helena Wayne loves her mother with all her heart, she also reveals that she fears what her legacy could inspire her to do, which in some ways revealed her own internalised sexism. After all, why did she not have that same fear about her father's legacy despite starting his Batman career in 1939 by murdering mobsters? Seems like a double standard, but when you examine closely why Helena more strongly fears her mother's legacy, things really start to fall into place.

Whereas Bruce Wayne did stop killing mobsters as Batman by 1940 and invested more of his energy pursuing justice for the people who were powerless against Gotham's most dangerous criminals, things were a bit different for Selina Kyle. For starters, Selina didn't resort to a life of crime out of necessity but as a way of reclaiming power for herself in a society that had already disenfranchised her for being a woman in the 1940s. 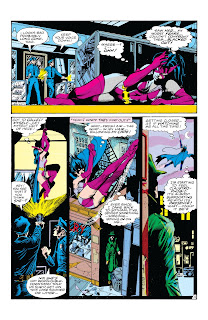 For Selina Kyle, being Catwoman was exhilarating, perhaps even intoxicating. She took pleasure in being able to take power away from the very people who made her feel powerless earlier in her life: wealthy aristocrats. She also liked having her own gang and being able to exercise her creativity, which often times caused her to run into Batman.

As Catwoman, Selina Kyle experienced a newfound freedom she hadn't experienced prior, and for fifteen years, it provided her with a sense of fulfilment. That was until she realised she wanted to move on to new things in life, and by the time she was 30 years old, she wanted a family.

Juxtaposing Selina Kyle's experiences with those of her daughter, it turns out Helena Wayne faces similar challenges in her own life. While Helena was never abused by her parents and was always well loved by the most important people in her life, she is still hurt by the same gender inequality that hurt her mother decades earlier.

One such example comes in the form of Helena's love life, which is not so different from her mother's. In the same way that her mother was abused by a previous ex-husband to the point where it catapulted her into becoming Catwoman, Helena is similarly abused by her romantic partner, Harry Sims.

While Harry's abuse of Helena is more psychological rather than physical, it is still a violent assault on Helena's self-esteem, which may in turn be affecting the way she behaves as the Huntress, particularly when she encounters sexism during a case. Since her altercation with the Crime Lord, Helena Wayne has gotten increasingly violent in her encounters with criminals, sometimes taking things a step too far, such as leaving her enemies comatose or even severely injured. In rarer occasions, they've even wound up dead. 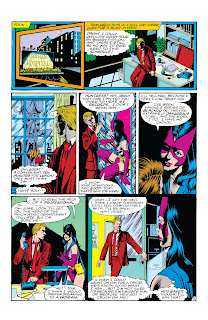 Going back to the opening of this story, there is confirmation Helena has been using her Huntress identity as a means of distracting herself from her problems, which is reason for concern. After all, this is more or less the same path her mother walked that ultimately led to her criminal career. While Helena's vigilantism is still illegal, she also has, historically, used her exploits as the Huntress to bring criminals to justice. Lately, however, her activities as the Huntress are starting to teeter towards the other side.

For quite some time, Helena has been using excessive force as a way of asserting her power over the male criminals she fights. In part because she wants them to take her seriously as a threat, and in part because it makes her feel like she's taking away their power, which shifts her motivation away from justice. It's a similar brand of self-empowerment that her mother experienced in her Catwoman days, which doesn't go unnoticed by the people in Helena's life.

First, her romantic partner accuses Helena of enjoying violence, then later, a reporter by the name of Nedra Borrower seeks to destroy her reputation by portraying the Huntress as a dangerous vigilante than as a heroic figure. It isn't until the sudden appearance of a mysterious 'cat burglar' in Gotham that causes Helena to start questioning her moral standing. Is the Huntress really the beginning of an inevitable dark path for Helena? Are her recurring nightmares of her mother really a sign that Helena is actually committing 'Catwoman-style' robberies seemingly in her sleep? Is she really investigating her own self without realising it?

As Helena becomes aware of these recurring patterns in both her behaviour and mental health, she starts to consider that maybe she does need professional help in order to get her life back on track. This brings her back to Tom Kelly—the hospital intern from earlier—for help.

The scenes with Tom Kelly actually pick up another plot thread from another story arc. Here, we learn that Helena is aware of Tom's feelings for her, but she can't quite decide if he is behaving out of fear of her, or because he is romantically attracted to her. Both seem to be contributing factors. Nevertheless, Helena feels that she can trust him, which not only sets up Tom as a potential new ally for Helena, but also as a potential new love interest as well. Whether or not Tom is key to Helena recollecting herself, only time will tell.