Robin 80th Anniversary: Helena Wayne's 5 Most Memorable Moments As Robin During The New 52 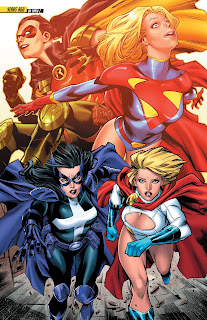 Robin's 80th Anniversary celebration may have come and gone as quickly as a tornado on a prairie, but that doesn't mean all conversation on DC's famous Robins have ceased. In fact, it's an ongoing conversation since each of these characters have strong fan followings, even characters like Stephanie Brown who was Robin for what felt like a few good seconds post-Crisis. Another famous name that gets brought up a lot in Robin discussions is Helena Wayne who had her origin reworked in 2012 so that she started out as Robin for the New 52 continuity.

While Helena Wayne is not one of the featured characters in the Robin 80th Anniversary Special due to the fact that it's not a crucial core development for her character the way it is for Dick Grayson and Batman's other Robins, this change to her backstory in the New 52 was one that still resonated with younger generations. While it's far more likely Helena Wayne will be reverted back to her more iconic pre-Crisis origins when we see her again in the foreseeable future, we can still count down her New 52 counterpart's five most memorable moments as Robin! 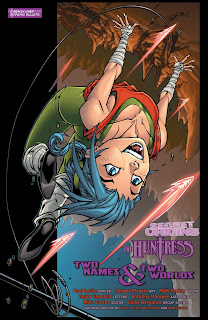 It's not unheard of for Batman to mentor his Robins to be highly skilled and effective crimefighters from an early age, as we clearly witnessed with Dick Grayson in the Golden Age (when he was 8 years old), Jason Todd in the Bronze Age, and even more recently Damian Wayne who was originally 10 when he became Robin. But what about a child Bruce Wayne had the opportunity to raise from birth? That's where Helena Wayne comes in.

In the Secret Origins #7 story 'The Huntress: Two Names & Two Worlds' we witness a 10-year-old Helena Wayne exercising with a skipping rope when suddenly she gets projectiles flung in her direction. The projectiles are none other than bullets. Real bullets or not, Helena dodges them enthusiastically thinking it's a game and with the hope of being rewarded with ice cream cake afterward. (Not gonna lie, part of me did judge post-Flashpoint Earth-2 Bruce and Selina for actually shooting bullets at their 10-year-old daughter as part of her training.) 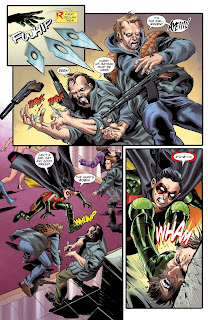 In addition to training and fighting crime alongside both of her parents, Helena Wayne also had opportunities to fly solo, usually with Kara Zor-L (as Supergirl) in Worlds Finest Annual #1. In the annual, she embarked on her first mission with her father sometime shortly after her mother's death. Her mission? Finish closing her mother's sex trafficking case in a reputable Gotham neighbourhood.

Despite keeping Helena close to him at all times, Bruce was still not comfortable having his daughter fight crime alongside him fearing she was only doing it for an adrenaline high. She was also fighting crime with her mother's death still fresh in her memory, and was perhaps not in the best place emotionally to make good judgement calls. This was most evidenced by the fact Helena used lethal force when combatting the sex traffickers in the mansion they were in. Still, Helena got to showcase more than just her combat skills. She also got the opportunity to work independently of her father, follow her own clues, and bounce back on her own two feet when she was endangered. 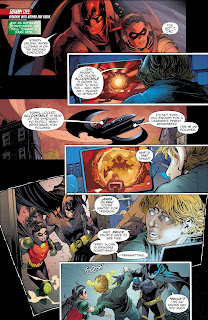 When it comes to Earth-2: World's End, there's very little about this event that is actually good or even worth talking about, especially where Helena Wayne is concerned. Still, the first issue of the series did a nice exposition on New 52 Earth-2 history, just before it completed its task of pointlessly destroying the Earth and unintentionally killing the New 52 Earth-2 franchise.

In one of the flashback sequences, we see Batman and Robin investigating their world's Jimmy Olsen, who is not the unfortunate young photojournalist from the Daily Planet we are all familiar with. Nope, instead he is a genius computer hacker known as 'Accountable' who was also looking to expose their world's Terry Sloane, whose plans had endangered the entire planet. In one very memorable scene where Batman and Robin are flying the Batplane, Bruce advises Helena to stay focused on her task. Helena remarks that she is not yet old enough for a learner's permit, so concentrating on flying the Batplane correctly is her 'being focused.' 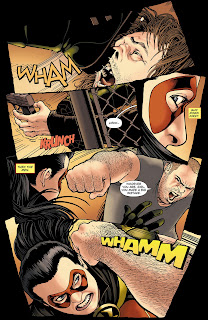 The first time Helena Wayne fought crime as Robin was under her mother's supervision since Selina (moreso than Bruce) felt she was ready to put all her childhood training into practice. She was not wrong in her assumptions!

In her very first outing as Robin, Helena successfully stopped a mugging in progress. In the opening sequence of Worlds' Finest #0, Helena showcased her ability to evaluate and assess a dangerous situation, as well as plan her moves carefully. Helena strategically used her combat skills to incapacitate the muggers as well as prevent further harm to the victim. Despite a successful first outing however, Bruce was not pleased to learn Selina had endangered their daughter before she was old enough to fight crime on Gotham's streets. (But then, why teach her to be a crimefighter in the first place?) 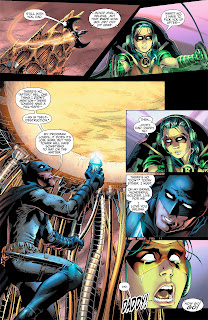 While Helena Wayne got to embark on a few adventures with her parents as Robin, her time as Robin was cut short by the Apokolips War, which did more than destroy her family: it completely derailed her life as well.

In her last outing as Robin, Helena Wayne assisted her father in warding off parademons in the Batplane while the latter sought to accomplish his mission, which he knew would result in his death. Bruce omitted this information from Helena to not compromise her focus during a time of war. When the time came to reveal the truth to her—that the Apokoliptian towers had a deadly fail safe if it detected tampering—the trauma of losing her father quickly set it in, resulting in one of the most heart-breaking scenes Helena Wayne had seen in her publication history.

It's really hard not to get teary-eyed for both Bruce and Helena, especially once you realise how difficult Bruce's sacrifice really was when you consider that he never planned to orphan his own child in the same manner that Bruce himself was orphaned. While the trauma of losing her parents is the event in Helena Wayne's life that needs to happen in order to set her on her path to becoming the Huntress, you have to admit, you really wish this wasn't the case this time around. She was already fighting crime alongside her parents in this continuity, and we missed out on many more adventures with her, Bruce, and Selina once she had graduated into her more iconic Huntress identity.