Dark Nights: Death Metal Seeks To Be The Anti-Crisis. What Could This Mean For Helena Wayne? 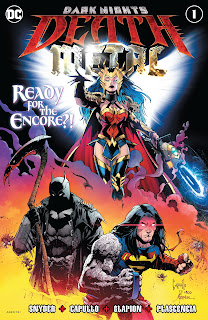 Last week, the much anticipated Dark Nights: Death Metal debuted with an explosive first issue, promising to redefine the future of the DC Multiverse and reshape the narratives of our favourite heroes for the better. That’s a pretty bold mission statement, isn’t it? But what exactly does that mean? Before Death Metal can repair the mistakes of the past, it must first understand why those previous attempts to streamline the main DC canon failed in the first place, starting with the mother reboot of all DC reboots, Crisis on Infinite Earths!
The real life explanation, of course, is that prior to Crisis, during the early 1980s, DC was struggling to compete with its major competitor, Marvel, which also had a successful superhero franchise. One day, a Green Lantern fan complained to then editor Marv Wolfman that the DC Multiverse was ‘too confusing’ for him to follow, and Wolfman took that complaint to heart. In the years leading to Crisis in 1985, Wolfman along with Len Wein and Dick Giordano decided the best way to move DC forward was to collapse the multiverse into a single universe (just like Marvel), and streamline all of DC to a single timeline and history. The concept sounded good in theory, but in execution opened a Pandora's Box of problems that would put DC in an endless cycle of reboots and retcons in the decades to come in an attempt to get it right.
The first problem that came out of the Crisis reboot was the attempt to merge an entire DC Multiverse with 50 years of established histories, characters, and core mythologies in a way that was bound to conflict and even exacerbate the very problem Wolfman, Wein, and Giordano were looking to fix. This led to the second problem of needing to do major retconning of various character histories and storylines, even resulting in a rewriting of the core DC canon itself in order to try and make it all work. This then led to the third and final problem that ultimately hurt the efforts of the Crisis reboot: it ended up changing what fans new and loved about the DC characters and their respective histories, and an entire generation of DC readers (my generation) grew up to understand the main DC canon differently from previous generations, which ended up dividing the DC fanbase. 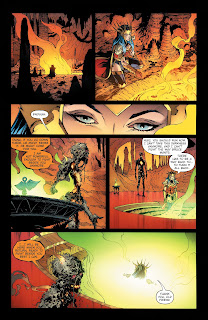 In addition to the problems the Crisis reboot had already ignited, there was also no plan in place for how to move the DC Universe forward. Despite Wolfman having written The History of the DC Universe as a blueprint to build a new foundation from, the fact that the Crisis reboot compromised so much of what held these characters and core mythologies together meant that the cracks in the new foundation quickly developed into continuity holes that needed immediate repair. There was so much conflicting information about what actually came first and which stories were still canon in the new timeline, that it needed another Crisis-style event to try and clean it all up. This event became known as Zero Hour in 1994, which attempted to repair and better streamline the new timeline. But like the Crisis storyline before it, it was unable to successfully address the problems at hand, and further convoluted the timeline.

Twelve years after Zero Hour attempted to patch things up, then writer Geoff Johns attempted to restore DC’s lost history with a spiritual sequel to Crisis on Infinite Earths called Infinite Crisis in 2006. Infinite Crisis recanonised the pre-Crisis multiverse and accompanying history, but did not end up reinstating the pre-Crisis multiverse. Instead, it created a new multiverse based on the pre-Crisis original with the goal of using these new Earths to launch new lines of comics that could more meaningfully depict progressive storylines, while the main post-Crisis DC Earth could continue its ongoing 'soap opera' narrative structure.
Before DC could follow up on any of the goals set up by Infinite Crisis, DC sales had hit their lowest point by 2010 that DC (now under the direct management of Warner Bros) needed to shake things up to get sales back up. This then prompted (then) co-publisher Dan DiDio to attempt another Crisis-style reboot with Flashpoint in 2011 in order to launch the New 52 initiative. The goal then was to wipe the slate completely clean and reinvent the DC Multiverse for a new generation of readers. But just like the original Crisis, it repeated all of the same mistakes as before, which predictably resulted the same problems as before. 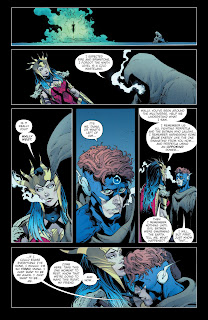 The commercial failure of the New 52 initiative did not go unnoticed by DC that after three years, they made three attempts to course correct: DCYOU in 2015 with an emphasis on diverse storytelling, Rebirth in 2016 with an emphasis on bringing DC characters back to their more iconic status quos, and more recently Doomsday Clock, which sought to repair the DC timeline in 2017 and reached its conclusion in 2019 after many delays. All of this happened in the span of eight years. We’re now starting a new decade with yet a fourth attempt at course correction, this time with Dark Nights: Death Metal.

After examining the reasons the previous attempts at streamlining the DC Multiverse have failed, Dark Nights: Death Metal appears to be fully aware of what it needs to do differently: First, embrace the DC Multiverse and accompanying history in full, and to not reject any part of it. Second, reevaluate what made the DC Multiverse and its various characters iconic and beloved by their fans, and to build on that foundation rather than find new ways to restructure it.
The good news is Dark Nights: Death Metal is at least aware of where the problems actually reside and what needs to happen in order to get the DC Multiverse and characters back on track. The hard part, of course, is going to be the execution of that. Figuring out how to unbreak what the original Crisis reboot successfully broke for three decades is going to be no easy task for anyone, not even a major talent like Scott Snyder who has an excellent track record with both DC and DC fans. Snyder is not going to be able to go back to any specific era of DC without upsetting fans of other eras, so he has to find a middle ground somewhere. As such, he needs to figure out how to launch a new DC Multiverse that is familiar to everyone but is also accessible enough to attract new readers. 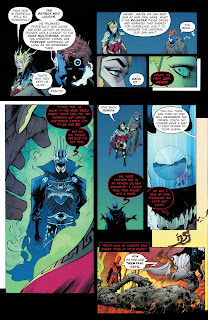 In the absolute best case scenario, Dark Nights: Death Metal could end up doing what Infinite Crisis originally did, back when it concluded in 2007. There will still be a main DC Earth designated as Earth-0 that houses every single DC character in existence and continues its 'soap opera' style of storytelling, but with the characters now fully reconciled with their more iconic histories. The accompanying multiverse will most likely be brought back to a more iconic status quo as well, where a world like Earth-2 for example goes back to being the Golden Age Justice Society Earth that explores multiple generations of heroes just like it originally did in the pre-Crisis, and with the characters also reconciled with their more iconic histories. The DC Multiverse will probably also be used to launch a new line of books set on these different Earths that could tell more definitive stories with these characters.
So what could this mean for characters like Huntress, Power Girl, and Fury who are frequent casualties of DC reboots? Well, there's no denying that the main DC Earth will still have Helena Bertinelli as that world's Huntress and as a member of the Birds of Prey. But if DC does decide to follow-up on the tease from Doomsday Clock #12, the original Helena Wayne Huntress could still be integrated onto the main DC Earth as an Earth-2 survivor of the original Crisis like Power Girl. The same could easily be done with Lyta Trevor as Fury as well. After all, Dark Nights: Death Metal is going to revisit all of DC's past Crises in order to restore all that was lost, so there's already an opportunity for all three characters to return and be part of the event. Post-Death Metal, the three could then be used in Justice Society stories on the main DC Earth, and could even help grow the Justice Society brand, especially now that a show like Stargirl is exposing new audiences to these characters.
While the original Helena Wayne Huntress could end up exploring what it would be like to rebuild her life from scratch on a world where she doesn't exist alongside Power Girl, the new Earth-2 counterpart could end up exploring how Helena Wayne's life could've panned out had the original Crisis not happened. While it'll never be expected for Helena Wayne to age past the age of 30 on the main DC Earth, the new Earth-2 version could show six decades of the character's history, and even her own successors. In every case, if Dark Nights: Death Metal goes the route of Infinite Crisis and actually ends up doing what Infinite Crisis originally intended to do, it could open new opportunities for various DC characters, Helena Wayne included.