Seven Reasons DC Comics Should Love The Huntress, Day 07: She Has Strong Potential To Draw More Women To Comics 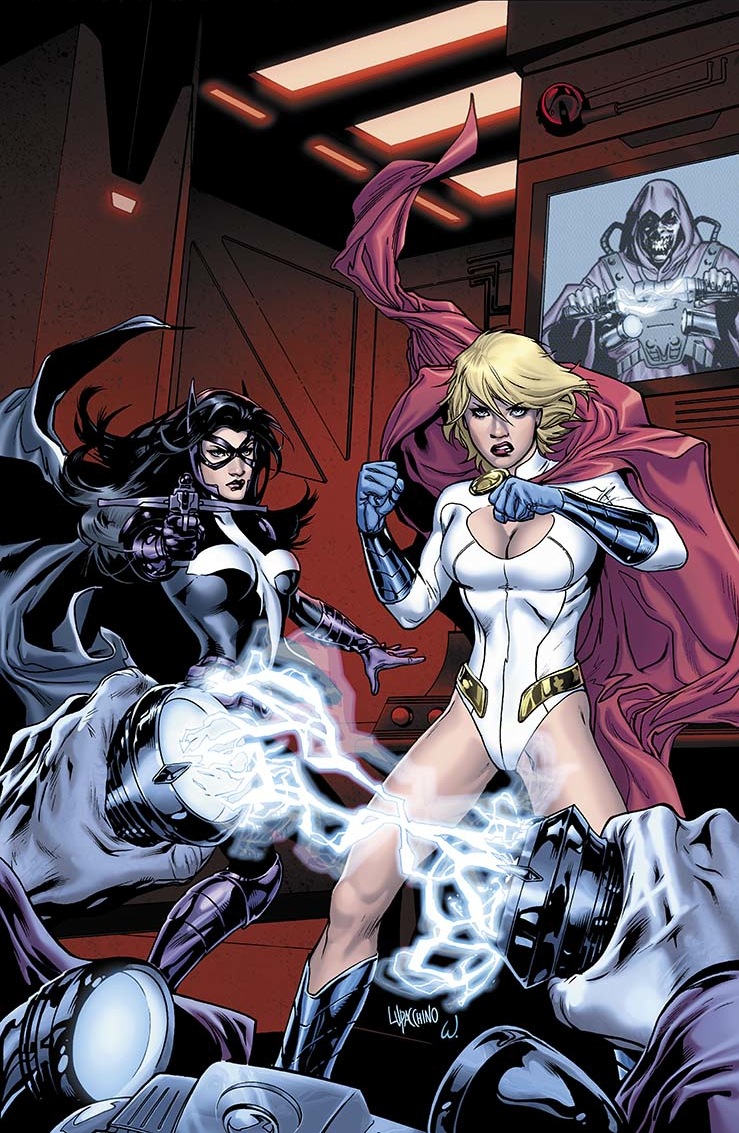 What more can be said about Helena Wayne at this point that hasn't been said already? After all that's been discussed this past week, there are more than three good reasons Helena Wayne is a highly marketable, even highly sellable character. The problem is you need to actually be smarter about the way you use her in the DC Universe and how you try to sell her to a wider demographic. It is in these two areas where you have consistently failed the character, particularly in ways that made female readers feel excluded as a potential audience, and drove even interested male readers away from her.

The pre-Crisis Helena Wayne already had a lot going for her that made her instantly popular with DC Comics fans in the late 1970s through the mid 1980s. Her fans included men and women by the way! I strongly believe that if you reinstate many of the original concepts that really made her standout as a character, she can be one of those fan-favourites once again, and she can especially become one of your top selling characters. It all boils down to execution and not offending the existing readership, especially women who want to invest in this character. To recap:

01. Helena Wayne is the daughter of Batman and Catwoman
As already discussed in the main post, being the daughter of your most popular male character, Bruce Wayne, already puts her in a strong position to draw in his group of fans. The fact that she is the daughter of both Bruce Wayne and Selina Kyle is the surest way to attract the female audience. Second to Lois Lane and Clark Kent, Bruce and Selina is a highly popular pairing with female readers. Women will especially pay to see these two characters explored as a married couple, and as parents to this lucky young woman who grows up to become the Huntress. Women will be interested in seeing how much of Bruce and how much of Selina makes up Helena's personality, and how she continues their legacy while starting one of her own.

02. Helena Wayne was a lawyer
Another sure way to draw in a female readership is to reinstate her career in law. As I discussed before, women like to see themselves represented as whole, nuanced human beings with many different layers to their character. Giving characters a career is one way to accomplish that. Since women also like seeing themselves occupying various roles, reinstating Helena as a lawyer puts her in a leadership position as well as in a traditionally male-dominated space while still celebrating femininity.

03. Helena Wayne is friends with Power Girl
One thing women enjoy more than anything is seeing relationships between characters evolve. In addition to Helena being the daughter your second most iconic couple, her friendship with Power Girl is the other major hook to her character. There are women who love seeing positive friendships between women represented in media who are fun and loving, but not in a stereotypical way. This is especially a blessing when you consider how rare it is to see. There are also women who enjoy seeing relationships that start out as friendships to become something more, especially if sexual tension and subtext is consistently present. There's no frustration more keen than being stuck in the middle of the road just when you think you are finally moving somewhere. When it's especially done between two characters of the same gender, it borders dangerously close to a territory known as queerbaiting. Hopefully you'll make up your mind which way to go with these two characters. 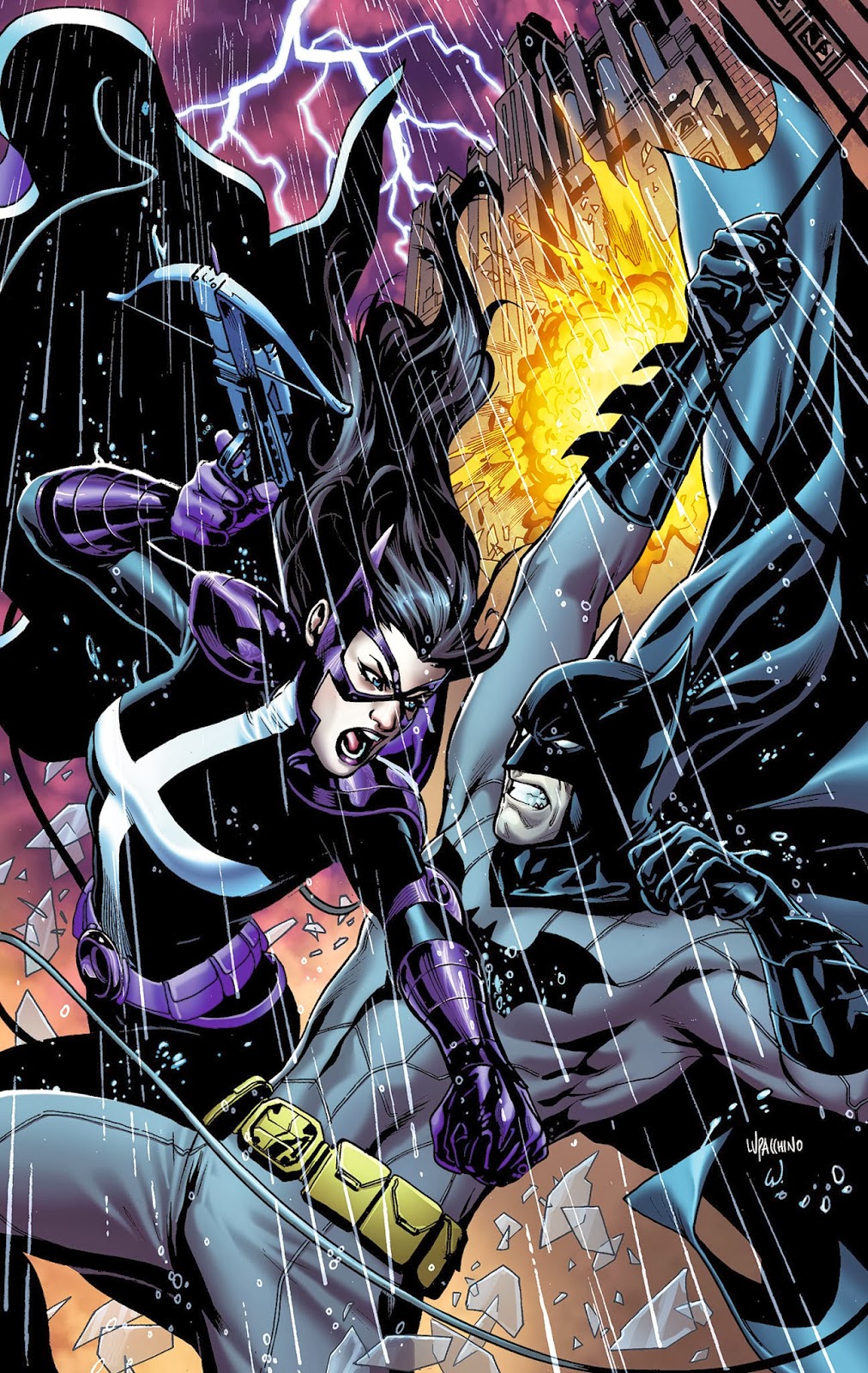 04. Helena Wayne had her own narrative with her own cast
Another rarity for women in comics is having an actual narrative that comes with a complete cast of characters. For Helena Wayne, when she wasn't operating as the Huntress, her specific setting was her law firm. Her supporting cast largely comprised of her partners and associates that she worked alongside, her boyfriend, Harry Sims, and Richard Grayson, the closest person she has to an actual brother. While I can't say I was a huge fan of Harry for his sexism and controlling behaviour, he did nonetheless add a layer to her character that I wish was executed a lot better than it originally was. I also really liked Dick Grayson being a part of her narrative, even if I wasn't fond of the idea of these two characters hooking up.

06. Helena Wayne diversifies a disprortionately male Wayne family
This is a big one, DC Comics, especially if you are as committed to diversity as you claim to be. There is no family more lacking in diversity than the Wayne family which are lately only comprised of white, black-haired, blued-eyed young men spanning across various generations. They may as well be clones of each other because if not for the existence of personality, you'd literally have nothing to tell any of these men apart. From Thomas Wayne to Bruce to Damian, they all look like they came from an exclusive gene pool. The weird thing about Damian, though, is that he's actually a mixed race character, but his status as a person of colour often comes with a white coat of paint. Even Bruce's adopted sons (from Dick Grayson to Jason Todd to Tim Drake) all look alike despite coming from various gene pools. While Helena Wayne is also a white, black-haired, blue-eyed woman, she does have two things the current Wayne family lacks: breasts and a pair of ovaries. Two things I actually have. Isn't it refreshing to be able to relate to characters who actually look like you? Of course you do. You entitle yourselves to that all the time. So how about sharing that wealth with the rest of us who don't look like you, yes?

The bottom line here, DC Comics, is that you do have a character who adds gender diversity to one of your widely recognised families, and one that is full of story potential. She's also a character that has a strong potential to appeal to women based on all that I described above. So use it. Market the hell out of her. Put her in other media like television and film to increase her exposure. Make her standout as a legacy character, and also as a heroine of her own standing--preferably in ways that don't involve stuffing her in a refrigerator. (We've had that latter discussion more times than any of us want to count). You've made Helena Wayne one of your most celebrated characters once before in the Bronze Age and early Dark Age, you can do it again in the New 52 Age. All you have to do is stop being lazy, stop giving Thomas Wayne more importance than he actually warrants, and give Helena Wayne her due. You are well overdue for that at this point!
Posted by Diane Darcy at 00:52