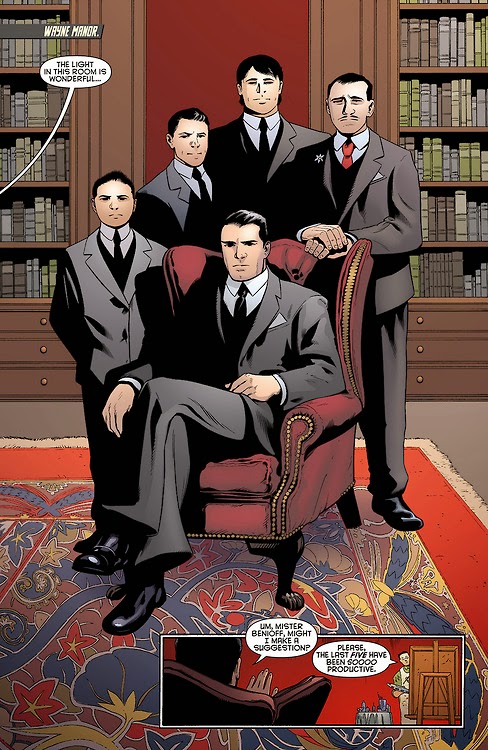 There is no more beloved DC family than the Batman family, but the Wayne family itself is a sausage fest with the added bonus of ignoring the existence of important female members like Martha, Selina, and Helena Wayne. In fact, there is no sexism more overt than the way you treat the female Waynes from the way you downplay Martha's importance to Bruce's narrative, to the consistent fridging of Selina Kyle (Bruce's wife on Earth-2), to the way you've marginalised Bruce's own daughter in the New 52 to make sure you had a male Wayne as his successor on Earth-2. You even walked the extra mile of allowing the fridging of Helena Wayne in your latest event so that your story could focus on that male Wayne less than few Earth-2 fans care about.

I often find myself wondering if you are even aware of the overt sexism surrounding the Wayne women, or if you just plug your fingers into your ears and sing to yourself 'La la la la la, sexism? What sexism? Don't look at me! I'm just fulfilling my male power fantasy with characters who actually look like me!'

One of the reasons I strongly feel Helena Wayne is an important DC character--and one that's worth keeping--is the fact that she is the first woman to actually be acknowledged as an important member of the Wayne family in ways that are denied even to Martha, Bruce's own mother. She was also the first canonical child of Bruce Wayne that ever came into existence who happened to be a woman! She was also the daughter of the Golden Age Batman, the very first incarnation of the character. She was especially the first canonical child of your second most popular couple, Batman and Catwoman, the topic of discussion of Day 01. These are very significant developments considering the history of the comic book industry's exclusion and erasure of women.

All that you celebrate in the character of Damian Wayne--a male child of Bruce--started with Helena. I'd even go as far as to say SHE paved the road for his existence because truth be told, far too many men dislike the idea of Bruce being a father, let alone a married man. As stupid as that is, it's unfortunately true. But before Grant Morrison, and even before Mike Barr who also explored the idea of a married Bruce Wayne with a child (the one that would later become Damian), there was Paul Levitz who first conceptualised the idea of Bruce Wayne as a husband and a father as a canonical narrative in 1977 with the creation of Helena Wayne.

Prior to Levitz, all narratives that explored this same idea either happened out of continuity or as an elseworld that was never acknowledged as part of DC canon. When the idea of Bruce passing on his genes actually happened for real, the idea was so grand, the character of Helena Wayne became a prominent character in both Justice Society and Justice League narratives. She was even a frequent visitor of Earth-1 to work alongside that world's Batman, who also thought of her as family. She even made her first television appearance two years after her comic debut on a television programme special called Legends of the Superheroes, a companion programme to the popular Super Friends cartoon that was airing in the 1970s. It was also a programme that starred Adam West and Burt Ward reprising their roles as Batman and Robin from the popular Batman television series of the 1960s. 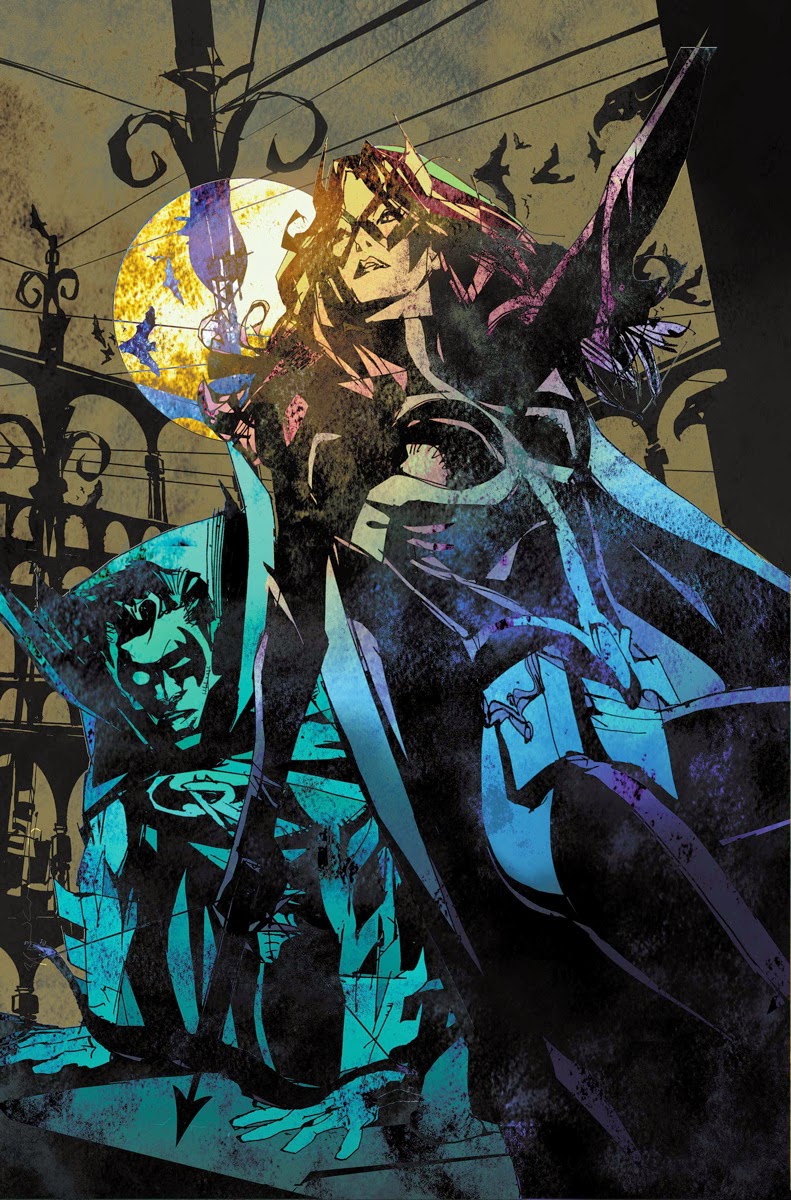 With all that Helena Wayne brought to the table since her very inception, it's nothing short of baffling how quickly she was thrown under the bus by the leadership that developed the post-Crisis DC Universe. It's especially difficult to overlook the internalised sexism that has factored into the way the character was rebooted and later developed in newer continuities, first as Helena Bertinelli post-Crisis, then later as a weaker version of the original pre-Crisis character in the New 52. The way she's been used in more recent narratives have especially been hurtful the character, even moreso with the decision to rob Helena of her own narrative for a male character who isn't meant to have a bigger role in the Batman mythology.

I don't know what's going to happen with the character post-Convergence, but I can only hope for better changes to her status quo. If Earth-2 somehow gets salvaged following the Convergence event, I hope to see her written as her father's legitimate successor instead of her grandfather. If you must have a Batman on Earth-2, bring back her father who is the only man in her family who matters to her narrative. Interaction between an adult Helena Wayne and her own parents is what I want to see, not her parents killed off so early in her story so that you can relive your Flashpoint nostalgia with Thomas Wayne. Leave that story in Flashpoint where it belongs.

If she ends up back on Earth-1 following the Convergence event, I expect to see her interact with more members of her alternate universe family, including the Earth-1 Selina Kyle whom she has yet to meet. I expect to see her developed as a woman with her own narrative and not as second fiddle to another man's narrative. She very well deserves that as a character who is the biological daughter of your favourite DC superhero. If you don't have trouble finding a place for all four of Bruce's sons in newer continuities without retconing the most significant aspects of their histories, why can't you do the same with Helena? If you are able to find a way to keep all four of Bruce's sons in a convoluted continuity with a condensed timeline, why do Bruce's daughters need to be a zero-sum game?
Posted by Diane Darcy at 00:52