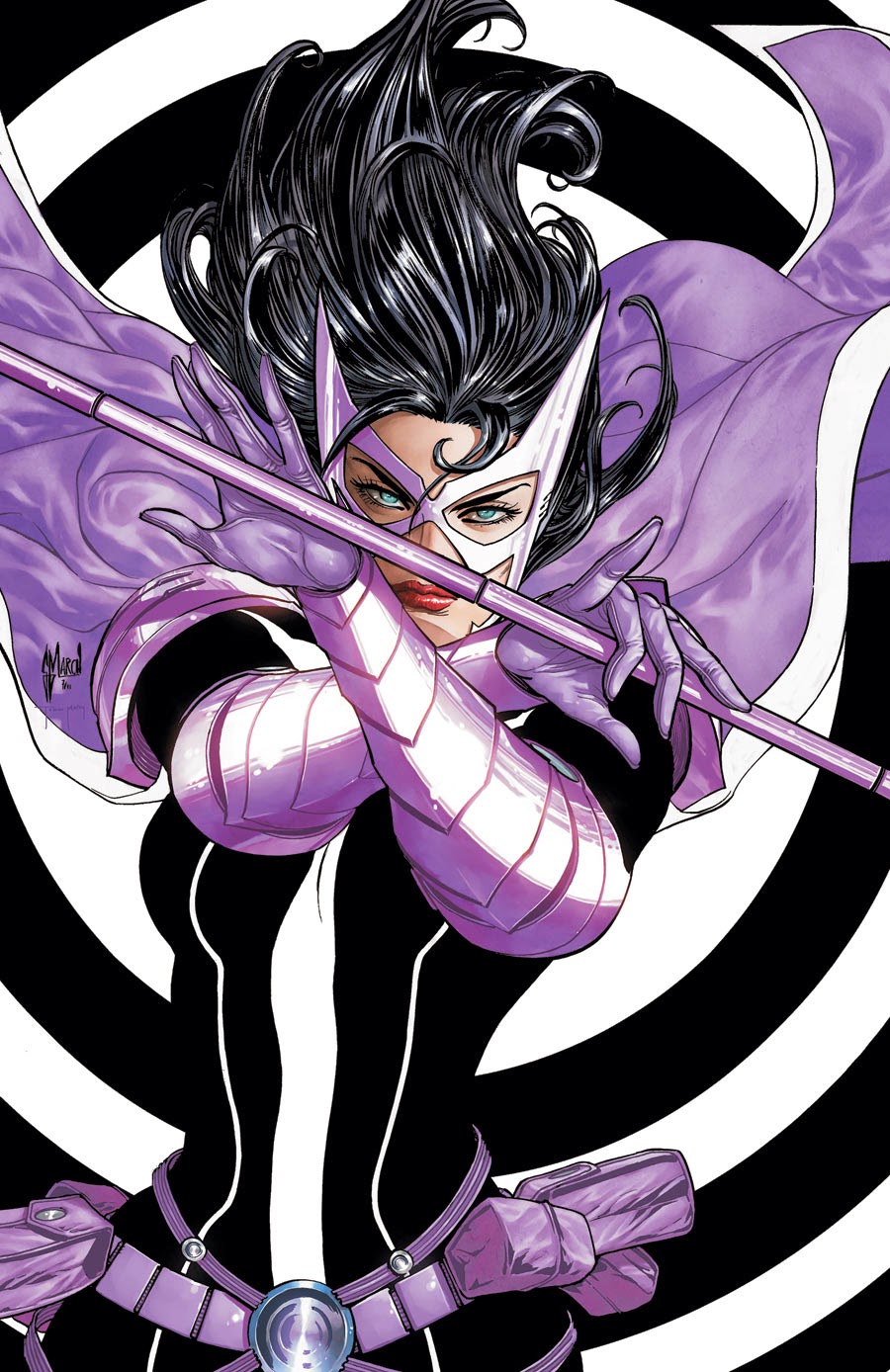 You and I have been on a love-hate roller coaster for quite some time now. I'd even call it an abusive relationship since I very much love your characters and their respective mythos, but you--the publisher that owns them--have consistently found new ways to violate these characters and everything they stand for in the last three years, and for no good reason than what you think will "sell" better. Most of the time, I can't work out the logic behind many of the regressive changes you've imposed, let alone how these changes are supposed to appeal to a diverse readership. The fact that you've repeatedly found new ways to marginalise (even brutalise) your women characters in particular (including queer and women of colour) on the basis of their gender (and, to an extent, their power levels) has made reading your books a rather discomforting experience these past three years.

From the way you keep finding new ways to destroy the foundation of Wonder Woman (your most iconic feminist superhero) across TWO universes, to the way you keep fridging Lois Lane in your narratives for manpain, to the way you've marginalised the two most prominent legacy women of Earth-2 (Huntress and Power Girl) in favour of two men, to the way you've even green-lit a narrative that allowed the raping of Batwoman in place of letting her marry her girlfriend, a lot can be written about the internalised misogyny running rampant across every level of your organisation. Many mainstream media articles and blog posts actually have.

The fact that you've brutalised over 20 women in the last three years alone (from superheroine to supporting character) gives credence to a criticism you've consistently gotten across various media about your continued perpetuation of sexism and unchecked misogyny. It especially gives credence to the fact that your current business model of the last three years has been incredibly short-sighted at best, and has perpetuated various prejudices at worst. Even your own shareholder pointed out to you how embarrassing your representation of women has been--a problem women have been addressing to you for years.

I wish I knew how you do market research, DC Comics, because as a trained researcher myself, I am led to you believe your research methods are very, very flawed. It especially appears you're not asking the right questions, and there appear to be a number of factors you're not accounting for when researching your audience. For example, when researching your female audience, do you bother to ask what they're currently reading, watching, and buying? Do you bother to observe any patterns in the content found in the books they read, the TV shows they watch, the movies they invest in? Do you look at your competition and try to find out which books are popular with women and why? Do you look at your competition's product and notice any patterns in the way they're developing their women's narratives that actually appeal to women? Most importantly, do you actually pay attention to women's voices as consumers?

One thing I can safely tell you that is consistent with women who invest in various media is that they never stay quiet about the stories they like, the characters they love, and especially the relationships their favourite characters form. They even do what I do and develop entire websites centred on a favourite character, pairing, and/or narrative. They have done this for two and a half decades. As for how women want to see themselves represented? Women love seeing themselves represented as full, complex, and nuanced human beings, and not as props or plot devices that exist to progress male narratives. Women love seeing themselves occupy various roles in narratives from leadership to supporting roles, from CEO to superhero to athlete to homemaker. Women love seeing themselves celebrated as diverse human beings, and not as neatly packaged stereotypes that men can easily understand. And the big one? Women especially love seeing relationships develop between women and other characters, both romantic and platonic. If you especially write sexual tension between two characters, women actually want to see it go somewhere.

With your product exclusively? I've personally observed that women, people of colour, LGBTQ, and many more people make up a significant part of your audience, even if potentially. I've observed that there is significant interest in your various characters (not just Batman), but we also don't feel that you actually develop these characters with any us in mind, or with the potential to grow the readership. We love your characters as much as your primary white, straight, cismale fans do. The ones that especially represent our groups mean a great deal to us, and it absolutely does matter to us how you use them in narrative. How you develop your diverse characters can not only reveal any internalised prejudices you have (from publishers to editors to creators), but any persistent patterns in the way you use these characters in your stories can especially send a strong message about how you--as an organistion--value (or worse yet, devalue) these respective groups. 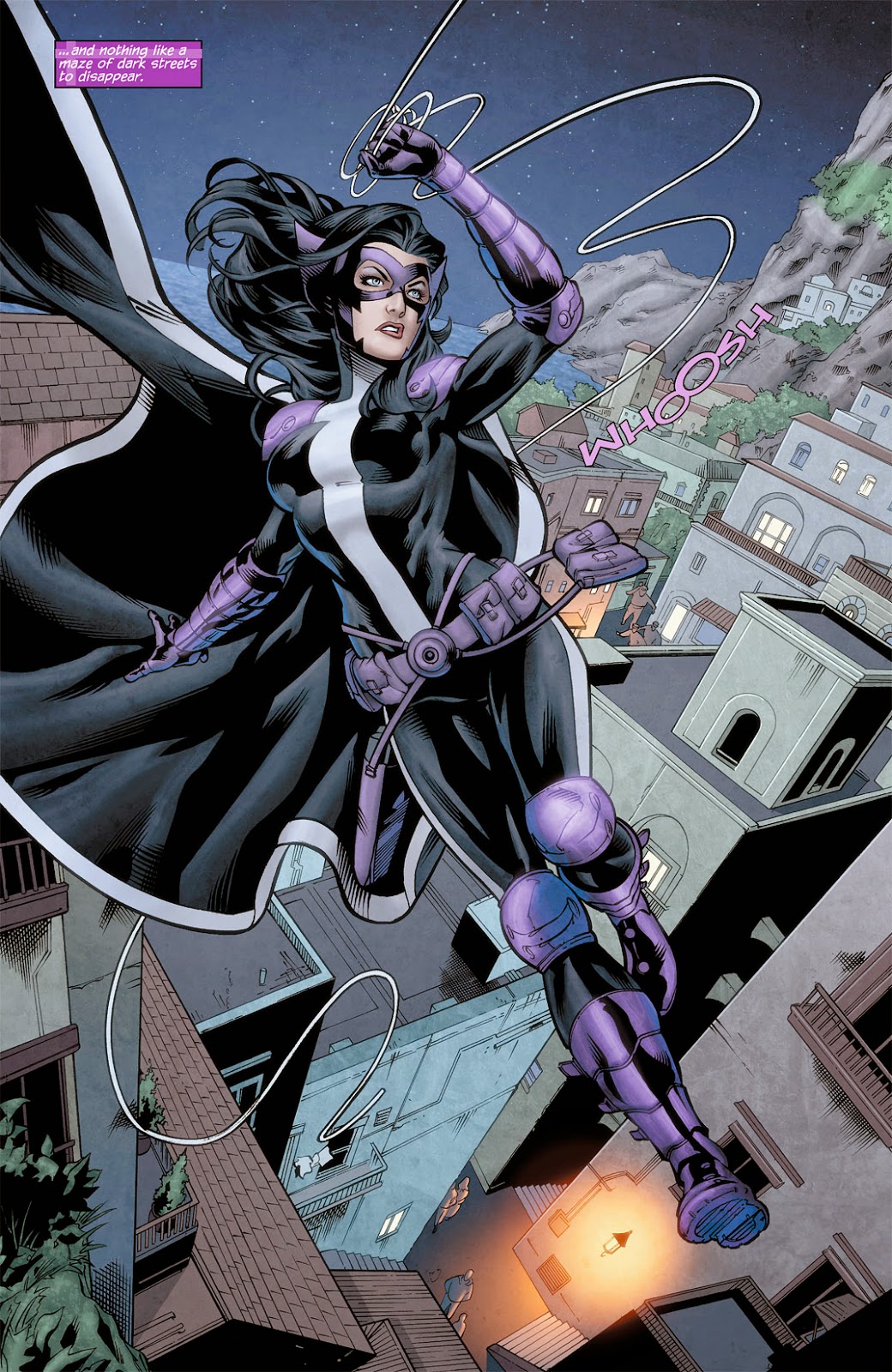 Of all the messages you'd want to send out into the world, DC Comics, I'm pretty sure the wrong message about how you feel about women, people of colour, LGBTQ, and other diverse people as a company isn't one of them. In the same way that you wouldn't go out of your way to offend your white, straight, cismale readers by pointlessly brutalising Batman or any of their favourite characters for shock value, or as plot devices that progress the narratives of other characters, we want the same thing for the characters that represent our respective groups. All we're asking for is that they be treated with a lot more respect than you currently give them.

So, DC Comics, for your 2015 New Years Resolution and forward, I've decided that you need to step-up your game and actually treat your women better! This includes your women of colour, your queer women, and even your non-powered women who are heroes, spouses, siblings, friends, and important people in your heroes' lives. I challenge you to actually be creative and give these women characters better narratives that stay true to their raisons d'êtres and allow for genuine character development. I challenge you to use them as active agents in narratives and not resort to their disempowerment, brutalisation, or outright murder for dramatic effect. I challenge you to tone down your love affair with Batman and actually market the hell out of your women and other diverse characters instead of the one character who needs it the least. I challenge you to actually treat all of your diverse characters equally. Creating new diverse characters is fine and necessary, but you don't need to get rid of your existing ones either (like Cassandra Cain) in order to promote your newer ones. If you can have all four male Robins that look alike, multiple Green Lanterns, various Flashes, and even alternate Batmen and Supermen without confusing readers, why can't you keep all your Batgirls, female Robins, and Huntresses?

Speaking of the Huntress, I challenge you to give Helena Wayne her due, and drop this pretentious Thomas Wayne character from the Earth-2 narrative all together. He is neither a legitimate successor to his son's legacy, nor the character you should be developing in the place of the one who is. If you can allow Damian Wayne to be the hero of his own story, why can't Helena? Why does her story need to go to the one character who caused her father to become Batman in the first place? More importantly, what sense does that actually make? Additionally, I challenge you to give Helena, her partner (Power Girl), and her native world of Earth-2 a better editor who actually cares about these characters and wants to develop their stories, instead of using them as cannon fodder in their male-centric tragedy porn narratives. That is literally not the point of Earth-2, and Mike Cotton and Eddie Berganza were clearly the wrong editors to attach to a world that was--in many ways--more progressive than the primary Earth-1 universe. On that note, I challenge you to do a better job at checking your own internalised misogyny, and to stop perpetuating it by actually developing narratives that actually challenge misogyny, not reinforce it.

Given that this is a Helena Wayne-centric blog, for the next seven days, I will address to you why I love this character and will give you seven reasons why you should treat her with more love and respect than you currently do. I will also address why you should invest more in her character instead of wasting her narrative on this faux Earth-2 "Batman" of yours who is no Batman.
Posted by Diane Darcy at 00:52