The Best of the Huntress: All-Star Comics #70 Review 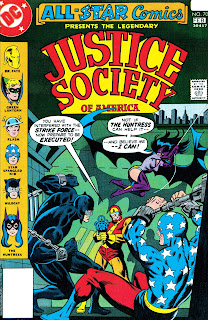 Summary: Following the Psycho-Pirate's attack on both Bruce Wayne and the Justice Society, all heroes are gathered up in the Justice Society's main headquarters in Gotham getting reacquainted. After saying a few words to one another, most depart to carry on with their day's activities, leaving Power Girl, Wildcat, and the Star-Spangled Kid with nothing to do. Without any crime happening in the city (much less a major threat requiring the Justice Society), all three remaining members find themselves feeling bored. Power Girl departs to look for something to do (and she does), leaving both Kid and Wildcat to ease their boredom on their own.

At Gotham National Bank, a group of men known as the Strike Force are seen carrying out a bank robbery. They are armed with advanced weaponry, covered in armour, and easily kill the police who've arrived at the scene of the crime. Inspector Corrigan then calls for the SWAT team, but they prove just as ineffective against the Strike Force as the first police officers who arrived to handle the situation.

At the JSA headquarters, Kid and Wildcat are seen playing their sixth game of checkers, completely unaware of the crime that's taking place in the city. Kid wins this round (after having won the first five), which upsets Wildcat into leaving the JSA building himself. With nothing left for him to do, the Kid decides to leave with Wildcat, finally leaving the building vacant. Moments later, an uninvited guest appearing as Batman breaks into the JSA building to reactivate the monitors and learn more about the bank robbery happening in Gotham.

Ted Grant and Sylvester Pemberton (Wildcat and the Star-Spangled Kid respectively) are seen drinking together at a pub discussing their losses. For Ted, his losses amount to giving up his gym and retiring from boxing, and for Sylvester, being time displaced caused him to lose many of the relationships he had with the Seven Soldiers of Victory. At some point a brawl breaks out inside the pub, which gives Ted something exciting to do. During the brawl, Sylvester catches a glimpse of the news coverage on the robbery taking place inside Gotham National Bank. Sylvester pulls Ted out of the fight and both leave to stop the bank robbery as Wildcat and the Star-Spangled Kid. 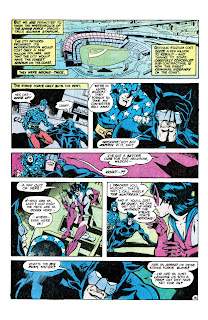 Kid and Wildcat find the Strike Force making their escape and stop them hot on their trail. Both men put up a fierce fight, but they soon find that they are outnumbered and outgunned just like the police force that tried to stop them earlier. We then cut to Doctor Fate returning to his doorless and windowless Tower in Salem to a frightened Inza Nelson (his wife) who has been imprisoned for weeks. Kent Nelson takes off his golden helmet to ease his wife's fears that he had been killed while on a mission as Doctor Fate, and learns from her that the spell she normally uses to go in and out of the Tower stopped working. They are then greeted by an unknown presence that has been causing Inza's spell to stop working, but the reader is never shown who the intruder is.

At Gotham Stadium, Wildcat and the Star-Spangled Kid regain consciousness. They are not sure why they were brought there, but a woman arrives to help them escape. The woman identifies herself as the Huntress and reveals to Wildcat that she had been tailing them from the moment they fought against the Strike Force. Unfortunately for all three heroes, Wildcat's loud voice alerts the Strike Force that he and the Kid had awoken and find themselves surrounded.

Review: Despite the fact that All-Star Comics #69 is solicited as the official introduction of the Huntress into a Justice Society narrative, issue #70 is really the first issue in which the Huntress is given an active role in the story. Though she appears for only two pages, her presence is felt very early on and the reader learns right away what kind of heroine she is. It's pretty clear from her first hinted appearance that the Huntress is a heroine who operates in secret and prefers to go in and out of places unnoticed. We also learn that she willingly offers the Justice Society heroes her assistance when needed, is a team player, and improvises when things don't go as planned.

For the most part, issue #70 is a Wildcat and Star-Spangled Kid-centric story. It focuses on two men who are closer together in age, but dealing with very different dilemmas. Wildcat feels that he lacks purpose when he's not working alongside the Justice Society and the Kid feels out of place existing in a future timeline away from his friends and family. Though he appears young, the Kid is actually older than all of the younger heroes of the 1970s and has a hard time relating to them. The fact that writer Paul Levitz takes the time to explore the reality of ageing from two different perspectives is one of the high points of this issue.

Through Wildcat, we learn how ageing in real time can cause a person to feel like they have no use, especially when their own values fail to keep up with a progressive and actively changing modern society. Those feelings are especially made worse by retirement and a non-existent family. Through the Kid, we learn how being time displaced can disorient a young person, especially when they are forced to adjust to technology and a new way of life they are not accustomed to in a very abrupt fashion. Those feelings are especially made worse by the fact that most of his friends and family are either dead or too old, and the fact that he can't relate to other people 'his age' because they belong to a different generation. 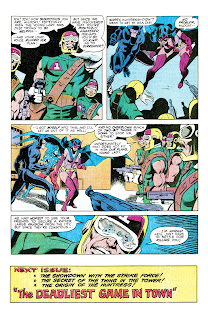 Young people like Power Girl, for example, possess a very different set of values and attitudes in the 1970s that are not compatible with ones the Kid and Wildcat grew up with between the 1920s and 1940s. By the 1970s, for example, the civil rights movement of the 1960s abolished Jim Crowe laws that were still in existence in the 1940s, and granted African-Americans more legal protection against discrimination and violation of civil liberties. Additionally, second wave feminism became a significant driving force in American culture during that same time frame, which also had tremendous influence Power Girl's own values. In the 1940s, women were just starting to be recognised as equal citizens having only gained the right to vote just before 1920.

With the major shifts in American culture between those two different points in time, it's very easy to understand both Wildcat and the Kid's dilemmas, but for very different reasons. One is very much an old fashioned guy who often clashes with someone Power Girl as a consequence of having outdated values vs progressive ones. The other was simply taken out of his element and forced to adjust to a new modern society without having lived through the three decades that preceded the one he ended up in, in order to get accustomed to change at a more gradual pace. So these are very solid character studies by Paul Levitz.

Beyond the characters of Wildcat and the Star-Spangled Kid, there really isn't much else to say about this issue. The only thing that happened in this issue that felt out of place was Doctor Fate's sub story arc because it didn't fit in with the rest of the narrative Levitz was exploring. It just came out of nowhere and served no real purpose than to setup for an upcoming Doctor Fate story. Had this page been taken out of this issue and placed in a future issue that actually explored Kent Nelson's story arc, it would not have disrupted the overall flow of the story and would've kept on point with Kid and Ted rediscovering their life's purpose.